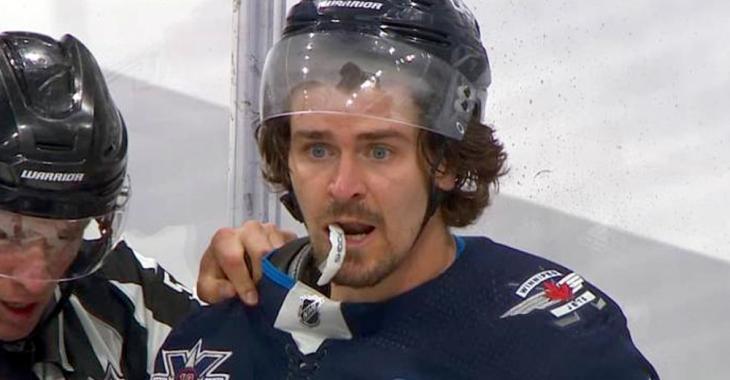 And in case you missed it last night, Evans effectively iced the game late in the third period with an empty netter, but before he could celebrate the goal he got absolutely TRUCKED Scheifele.

Evans' face absolutely smashes the ice, but it looks like he may have even been out cold before he hit the ice. He was stretchered off the ice and was moving his hands as he was taken off the ice. Early reports are though that he'll be okay, he isn't injured and he doesn't appear to have suffered any lasting effects. You have to imagine that that factored into the decision that George Parros, head of DPS, made.

Maybe I'm an old school neanderthal, but I actually don't think that the hit is as bad as many fans seem to think it is. This was clearly a situation of a frustrated player catching an opponent in a vulnerable position, a position which should have forced Scheifele to lay up. But, to me, Evans carries a bit of responsibility for this as well. There's no denying the fact that Scheifele came from too far away (charging) and clearly took advantage of a player in a vulnerable position. There's also no denying the fact that Evans put himself in that position. He has his head down, he has no awareness of Scheifele's positioning and he is 100% eligible to get ROCKED by putting himself in that position. Now... is he eligible to get blown up from 15 feet away? No, that's why there was a penalty on the play and that's also why NHL Player Safety has doled out supplemental discipline.

The real interesting part of all this to me will be what happens with Scheifele the next time he's on the ice against the Habs, assuming the series goes that long. Will "The Code" be in effect? I think if Scheifele drops his mitts and takes his medicine early on then everything is settled. If he refuses though, things could turn ugly.