NHL News : Mario Lemieux caught up in more than one sexual assault scandals

This is sad and disturbing to read… 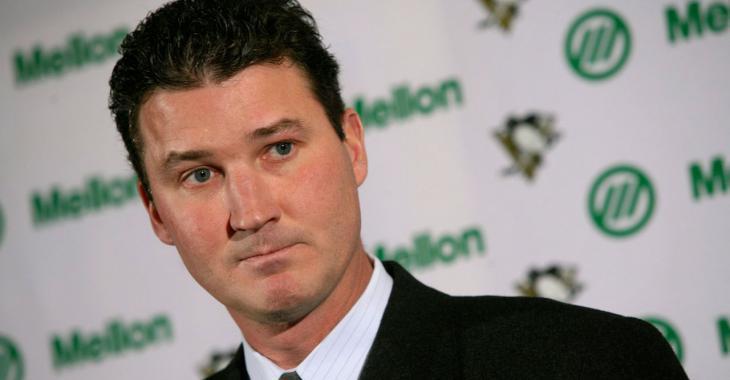 Back in December, TSN’s Rick Westhead released a bombshell of a report concerning an alleged sexual assault from the Pittsburgh Penguins’ AHL coaching staff. It was reported that former Wilkes-Barre Scranton Penguins assistant coach Jarrod Skalde filed a lawsuit against then WBS Penguins head coach Clark Donatelli for an alleged sexual assault on Jarrod’s wife Erin Skalde while the three of them were together in a car during aa road trip to Providence, R.I. earlier this year.

The details of the report were God-awful and disturbing, explaining how the Skaldes and Donatelli went to dinner together following a game in Providence, Rhode Island, on Nov. 11, 2018. When Jarrod Skalde left his wife and Donatelli alone, the coach allegedly pulled her close, putting his arm around her, and called her “sexy.” Donatelli then sexually assaulted Erin Skalde “once he had her in the darkness of the backseat” of the car her husband was driving.

Now this is where things get even worse for Penguins’ owner Mario Lemieux.

According to Dead Spin, this is not the first time Lemieux deals with sexual assault and keeps quiet about it. This is how Sam Fels explains it in his article:

“Lemieux was said, by witnesses and the alleged victim herself, to be in the room when teammate Dan Quinn raped a 19-year-old girl in Minnesota. Lemieux was the owner of the Penguins when the team signed Billy Tibbetts, who had previously been convicted of raping an unconscious 15-year-old-girl, but only served time after violating his probation from that case for shooting someone with a BB gun. Here’s what Lemieux had to say about Tibbetts’ return:

I think that’s a great story. That kid faced so much adversity, did his time, came back after three and a half years. To find himself in the NHL is a great accomplishment.”

This is bad. Bad that Lemieux called it adversity. Bad that this keeps repeating itself…

Fels also points out that the Penguins aren’t “trying to get Skalde’s lawsuit dismissed on the grounds that it’s false, but that it falls outside the statute of limitations according to Pennsylvania law, as Skalde didn’t report the assault until seven months after it took place, well outside the 180 days set out by the law.”

Disturbing all around, especially for Lemieux, who is the father of three daughters.

While the NHL is trying hard to include everyone in the sport of hockey and work on banishing racial slurs and such, something should also be done about dealing with sexual assault within its realm.

Bruins coach Cassidy flips out and swears at players during practice!
Subscibe to
Our NEWSLETTER
Receive the best articles of the web directly in your email