NHL News : Marchand reveals what he’ll do when he faces Chara at Bruins-Capitals game tomorrow 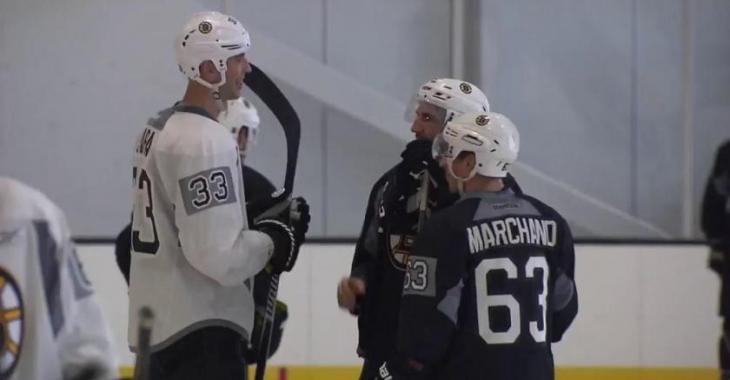 When they will hit the ice at the same time on Saturday, Brad Marchand and Zdeno Chara won’t be on the same team for the first time in 11 seasons. They were teammates with the Boston Bruins but with Chara a member of the Washington Capitals, they will be rivals. The two will square off for the first time as opponents on Saturday when the Capitals host the Bruins at Capital One Arena.

When asked about what he expects from the contest and how he will treat Chara on the ice, Marchand surprised many by stating that he won’t seek to chirp his former captain.

“You don’t want to poke the bear,” he told reporters during his postgame video press conference on Thursday. “He’s the guy that when you’re on the ice with him, you’re an opponent.”

This is probably one of the smartest thing Marchand has said, even if he admits it will be weird to see Chara in different colours.

“It’ll be weird to see him in a different uniform,” he added.

Earlier this season, Marchand had admitted that he hasn’t watched much of Zdeno Chara with his new team, because he canceled his cable subscription, but he won’t have a choice on Saturday.

We wonder which team will come out on top, because when it comes to Marchand and Chara, we all know who will.

Jimmy Howard expected to announce his retirement.
Subscibe to
Our NEWSLETTER
Receive the best articles of the web directly in your email