NHL News : Marc Methot shuts down fan who claims taxes give no competitive advantage in the NHL.

That is a huge discount. 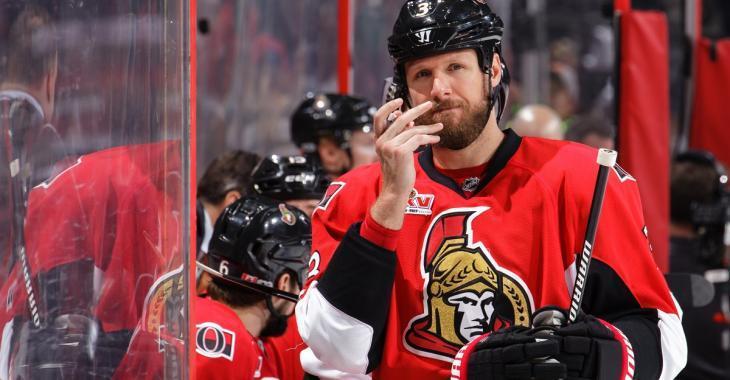 The subject of taxes in the National Hockey League has become a hot button topic in recent years given that some teams around the league appear to benefit from a tremendous competitive advantage over others. The most frequently mentioned team in this regard are the Tampa Bay Lightning, no doubt because of their recent run of success, but it impacts every team in the league to varying degrees.

It may be easy to dismiss as just an excuse on the part of hockey fans but during a recent exchange on social media former NHL defenseman Marc Methot revealed just how big of an advantage it can prove to be depending on the market you're playing in.

In February of 2015 Methor signed a 4 year contract with the Ottawa Senators, one that paid him an average annual value of $4.9 million over the length of the deal, but a trade that occurred during the middle of that contract actually saw him take home significantly more money than he had expected to when he originally signed the deal. Playing in a Canadian market, which tend to tax players at a higher rate than many of their American counterparts, had Methot paying a significant amount of his salary in taxes back to the government, but the final two years of his deal were spent in the great state of Texas as a member of the Dallas Stars.

Much to my surprise Methot revealed during the exchange that over the course of those two seasons, in which he made $4.9 million in actual salary each year, he saved a staggering $1.4 million in salary by being in the right place at the right time. That is a massive discount by anyone's standards and, when you consider the fact that many players in the league earn much more per season than Methot ever did during his NHL career, it becomes clear what a massive advantage that gives certain organizations in the league.

Players and agents are of course acutely aware of this fact and I wonder if there will come a point in which the league will intervene or work some clause into the collective bargaining agreement to remedy what is unquestionably a massive competitive advantage.

Report: New twist in Jack Eichel trade saga!
Subscibe to
Our NEWSLETTER
Receive the best articles of the web directly in your email