NHL News : Marc Bergevin fights back tears as he explains why Carey Price is leaving the Habs

An emotional press conference from the Habs GM. 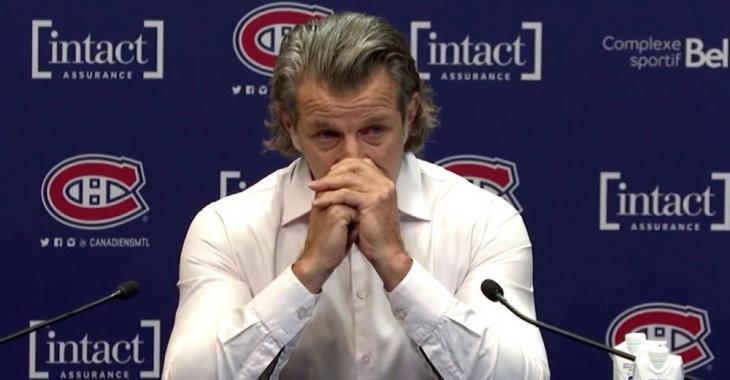 Canadiens general manager Marc Bergevin held an impromptu press conference with the media just minutes after the announcement and... well... he looked like a broken man telling the story of his broken friend.

Here's the entire press conference in French and English:

While some people are rolling their eyes at Bergevin's comments, I'm inclined to believe the guy. Bergevin is nothing if not passionate and he's shown time and time again that he truly cares for his players.

Case in point this photo from the 2021 Stanley Cup Playoffs when the Habs clinched a spot in the Final:

Whatever the case is with Price and whatever the future holds for him and his family, all we can do is wish him the absolute best. Get well, brother.

Sens shake up their goaltending, GM Dorion throws Murray completely under the bus
Subscibe to
Our NEWSLETTER
Receive the best articles of the web directly in your email