Strong words from the Golden Knights. 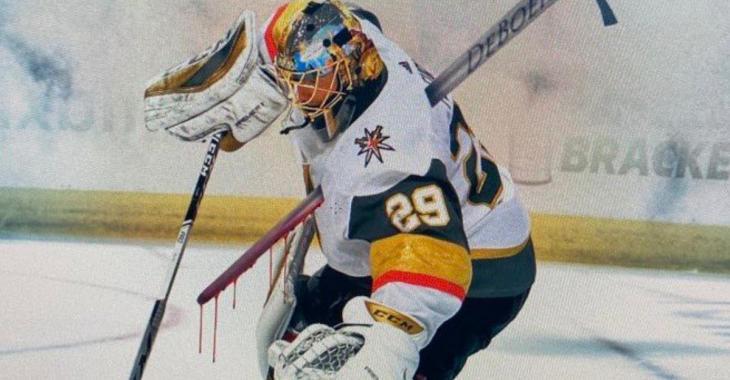 There are always two sides to every story, and finally we are hearing from the Las Vegas Golden Knights when it comes to their side of one of this summer's most controversial stories.

The Golden Knights made headlines in the offseason when they pulled the trigger on a shocking trade that sent reigning Vezina Trophy winner Marc Andre Fleury to the Chicago Blackhawks. The trade in and of itself was monumental for both franchises but the Golden Knights would soon find themselves the targets of significant public backlash both from opposing fans as well as from within their own fan base.

That backlash came when it was revealed that Fleury, up until that point the organization's franchises player, had learned of the trade through social media like the rest of us. While this may sound like an awful way to treat your franchise player, the Golden Knights believe they acted fairly in spite of not denying that things did in fact play out in this manner.

Golden Knights president of hockey operations George McPhee recently revealed to David Schoen of the Las Vegas Review Journal that the move was made after the team discovered that Fleury's agent, Allan Walsh, had been working behind the scenes to "sabotage the trade" by telling teams that Fleury would retire should he be traded.

This would come as a surprising revelation were it not for the tumultuous relationship that Walsh, Fleury and the Golden Knights have had for some time now. It was after all Allan Walsh who lit the match that ignited one of the biggest controversies in the Golden Knights young history as a franchise when he tweeted out this now infamous photo of Fleury:

McPhee went a step further by arguing that his general manager, Kelly McCrimmon, had done the right thing by both the player and the team in this situation. McPhee made it clear that he felt the Golden Knights were the ones being forthright on this matter.

Who do you believe?