NHL News : Marc Andre Fleury reveals which player he loves stopping the most.

Fleury loves getting the better of his former teammate. 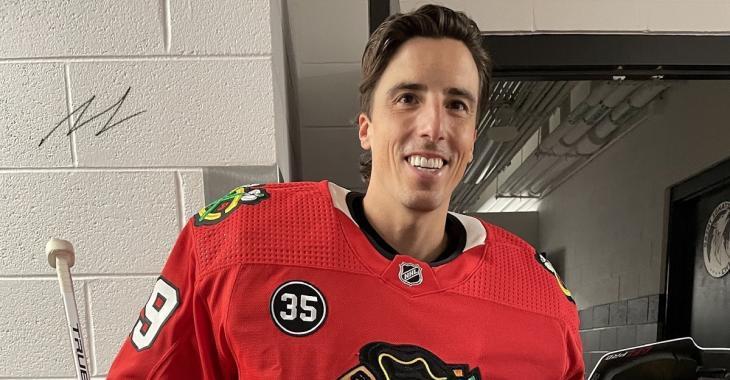 There are very few men in the world who can claim that they have faced more shots at the National Hockey League level than veteran NHL goaltender Marc Andre Fleury. Not only has Fleury faced off against the league's elite over his lengthy career, one that includes multiple championship runs in the playoffs, but as a goaltender that has now changed teams several times he has also practiced alongside some of the best players in the world.

Recently Fleury spoke with NHL insider Elliotte Friedman and his co-host Jeff Marek on the 32 Thoughts Podcast, and it was there that this very topic of conversation came up. Fleury was asked point blank by Marek, which player in the NHL did he enjoy facing the most, or which player in the league did he 'own' the most in front of the net. Now if you were expecting Fleury to drop some kind of controversial or spicy answer, you probably don't know Fleury very well. No, instead Fleury was very humble in his response all the while admitting that his favorite player to face off against was one of the very best to ever do it.

"I can't say I owned him you know? But I love facing Sid in practice," admitted Fleury on the podcast. "I think he's a big reason, I think he has helped me improve in my game and stuff, but he's such a competitive guy too. I love every time he comes down, trying to stop him, and he sticks around  and he shoots the rebound. People are coming and he's still trying to score in between."

Fleury is of course referring to Sidney Crosby, his former Penguins teammate and the long time captain of that franchise. Although Fleury made the comments with a smile on his face and you could even hear him laughing through his words at some points, it was also clear to me that he was speaking of a genuine rivalry here. No doubt the competition between both men, who were teammates for a very long time, helped both of them elevate their game to the next level and no doubt this is why Fleury cherishes the rivalry.

Hopefully both men will get a chance to rekindle that rivalry this season, albeit on opposite ends of the ice.

Rumor: Major injury for the Flyers in training camp.

Connor McDavid rips the NHL for disrespecting Colby Cave's memorial.
Subscibe to
Our NEWSLETTER
Receive the best articles of the web directly in your email