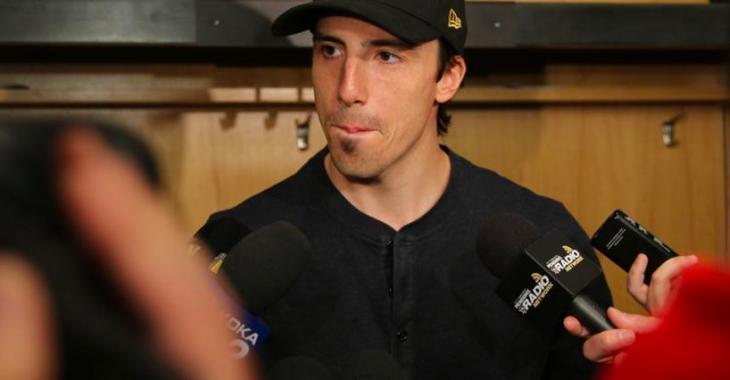 This is more and more heartbreaking. Marc-Andre Fleury was traded from Vegas to Chicago earlier today, which was quite a surprise for the NHL’s reigning Vezina Trophy-winning goaltender.

To make things worse and unfortunately for Flower, he found out he was traded on social media. The shock was so important that his agent, Allan Walsh, revealed that his client is now contemplating his future.

“Marc-Andre will be taking time to discuss his situation with his family and seriously evaluate his hockey future at this time.”

Later on Tuesday, Flower made this statement on the Golden Knights’ decision to trade him:

As you can tell from the statement, there is no comment about his future, but he did take the time to thank the fanbase and his teammates in Vegas.

While Fleury did not have Chicago on his 10-team no-trade list, he did not want to play for any team other than Vegas. He does not want to uproot his family for an unfamiliar locale. It’s been said more than once that the poor goalie remains shocked by the trade.

We love Fleury, and hate what is happening to him at the moment...

Report: Major breakthrough in Jack Eichel trade talks; World juniors star Trevor Zegras now in the discussion
Subscibe to
Our NEWSLETTER
Receive the best articles of the web directly in your email