NHL News : Marc Andre Fleury has made his decision.

Fleury has reportedly made his choice. 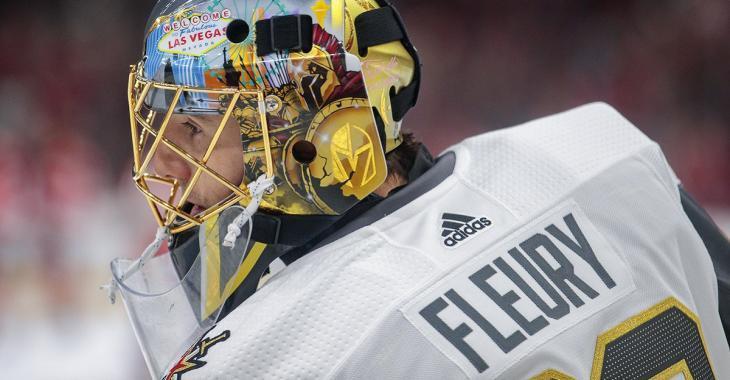 The drama surrounding veteran goaltender Marc Andre Fleury appears to be over.

On Sunday the Chicago Blackhawks sent out a tweet on social media that effectively said it all, without using a single word. The Blackhawks tweeted out a single emoji, a flower, one that has often been used by the Las Vegas Golden Knights in recent seasons in reference to their now former star goaltender.

Everyone took this to mean that the Blackhawks had received confirmation from Fleury that he would indeed report next season and would play for them, no surprise given that he has another $6 million in actual cash left to earn in the final year of his deal, but we were only left to speculate given the lack of context. Now however National Hockey League insider Elliotte Friedman has confirmed that Fleury has indeed informed the Blackhawks that he will play for them come the 2021 - 2022 regular season.

In fact Pittsburgh Penguins insider Josh Yohe even went so far as to suggest that Fleury could very well end up back in Pittsburhg due to a number of factors. According to Yohe, Fleury does not want to be in Chicago and still loves the city of Pittsburgh, but in spite of those factors it would appear that Fleury will indeed play for the Blackhawks.

I suppose that anything could change between now and the start of the regular season, but the Blackhawks have clearly attempted to quickly retool their roster this offseason with big ticket acquisitions like trades for the aforementioned Marc Andre Fleury and of course the big trade for defenseman Seth Jones. I suspect that they, and general manager Stan Bowman, have absolutely no intention of trading Fleury prior to the start of the season and if anything it would appear that they are hoping to be a legitimate Stanley Cup contender in the 2022 Stanley Cup Playoffs.

The Blackhawks are getting a great goalie, Fleury is coming off a 36 game performance last season in which he posted a 1.98 goals against average and a .928 save percentage.

Pat Maroon fails as he attempts to provoke Habs in pregame warmup!
Subscibe to
Our NEWSLETTER
Receive the best articles of the web directly in your email