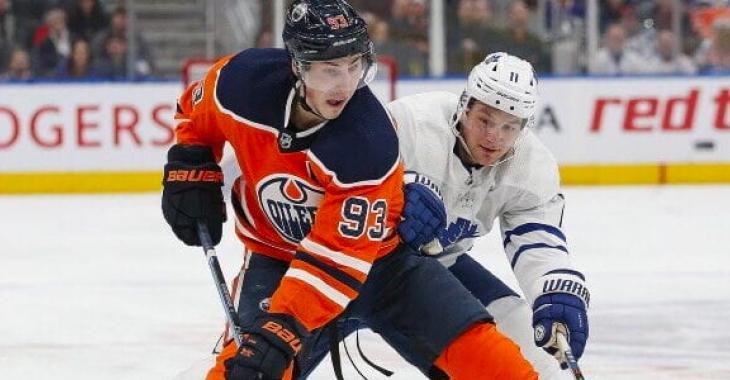 When meeting with media members after the devastating first-round series playoff elimination at the hands of the Montreal Canadiens, Toronto Maple Leafs forward Zach Hyman didn’t want to talk about his future : he was still digesting the loss. Since, we haven’t heard much about the possibility of Hyman staying in Toronto and the little we’ve heard says that the Leafs might not have enough cash to keep the talented forward in their uniform.

Hyman has just ended the the final year of a four-year, $9 million contract and is set to become an unrestricted free agent July 28. Everyone expects him to get a salary raise, and things got worse for the Maple Leafs on Tuesday when the Edmonton Oilers offered an eight-year, $41 million contract extension to Ryan Nugent-Hopkins.

Oilers general manager Ken Holland admitted that RNH could have gotten more on the free agent market, but accepted a discount to remain an Oiler.

Is Hyman willing to do the same to stay with the Maple Leafs or will he be too tempted to test the free-agency waters? Fans have been quite vocal on Tuesday, following the announcement of RNH's contract extension, pointing out how Hyman deserves a similar deal to remain in Toronto, while other believes Nugent-Hopkins helped the Maple Leafs by accepting such a contract and could therefore have Hyman lower his numbers to stay in Toronto.

The Maple Leafs could be putting a plan together for an offer to present Hyman now that RNH has put ink to paper, but they are under a lot of pressure.

Chris Johnston of Sportsnet recently reported that Hyman would be seeking $5.5-6 million annually, but he did mention that would come on the open market.

“You are looking at somewhere — with my rough math — between $30-36 million on a secure deal somewhere else. I think Leafs, for a whole host of reasons — predominantly the cap; it’s not about undervaluing or misvaluing or not appreciating what Zach Hyman has done — it sets up a tough spot for them.

They would probably want to pay him somewhere around $4.5 million if they can make that work. Let’s say they’ll give him the same six-year term for the purposes of the exercise. It takes you to $28 million. For Zach Hyman, the math could be anywhere between $8-10 million more on the contract as the difference between what the Leafs might pay him and what he can get in free agency on the open market.”

A lot of pressure. Fans should be preparing for the eventuality that this is not going to work out…

How many untouchable players do the Detroit Red Wings have?
Subscibe to
Our NEWSLETTER
Receive the best articles of the web directly in your email