The Maple Leafs sniper will be on the shelf for at least six weeks. 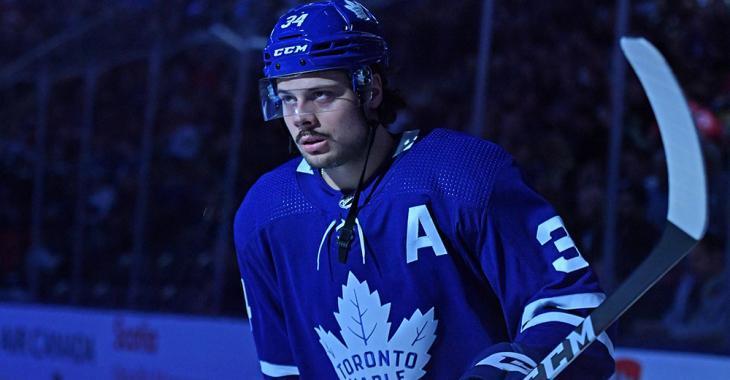 The National Hockey League's reigning Art Ross Trophy winner will be on the shelf for at least six weeks.

Sniper Auston Matthews, the League's top goal scorer in 2020-21 with an astounding 41 goals in 52 regular season games, underwent successful wrist surgery on Friday and will miss at least the next six weeks. But the good news is that this puts him on track to return right around the time that Toronto begins their exhibition schedule. However, he'll almost certainly miss training camp.

The Leafs open exhibition play on September 25 against their rival Montreal Canadiens, the same team that they'll face in their regular season opener on October 13.

This isn't the first time that the Leafs star will be forced to miss time. He's was previously shelved for four weeks in 2018 thanks to a shoulder injury, and also missed the NHL All-Star Weekend last season as he was receiving from a wrist injury.

The nagging wrist issue was prevalent all of last season, and forced him to miss games on Feb. 27 and March 1. He elected for surgery after experiencing discomfort during his offseason training and after consultations with specialists and the team medical staff.

"It's been all right," Matthews said March 8 of his wrist. "Still need it to progress a bit. … Definitely would like to see it heal a bit."

"He's had a tremendous season yet not a smooth season," explained head coach Sheldon Keefe on May 18, two days before the start of the Stanley Cup Playoffs. "We all know he's been dealing at different times with injury situations that have directly impacted his ability to shoot and handle the puck, and so that makes you wonder what could have happened had [he] been healthy all the way through."

Thanks to his historic campaign, Matthews became the first Leafs player in 75 years as well as the first United States-born player in 24 years to lead the NHL in goal scoring. Unfortunately, that success wouldn't carry over to the postseason, as he failed to make any significant impact for Toronto during their stunning Round 1 series loss against the Canadiens, registering just one goal and four assists in the seven games played.

Chara scores his first goal with the Capitals, celebrates with the entire team
Subscibe to
Our NEWSLETTER
Receive the best articles of the web directly in your email