The 38 year old forward is back for another round in Toronto. 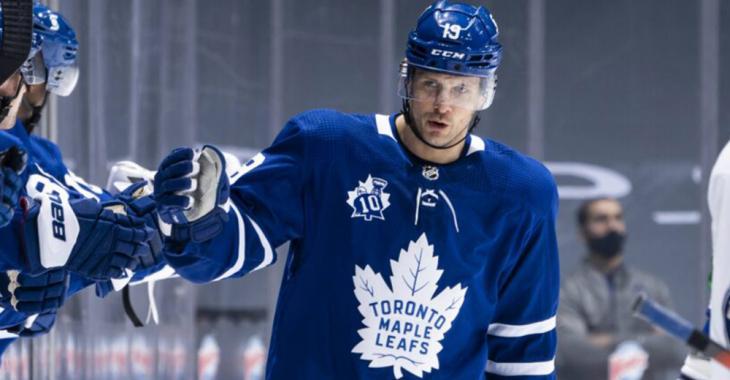 The Toronto Maple Leafs are in the midst of making personnel decisions for next season on the heels of yet another disappointing exit from the first round of the Stanley Cup Playoffs.

And while the futures of the likes of Joe Thornton and Frederik Andersen in Toronto are up in the air, we now have a decision made on one particular veteran and a native son of Ontario.

Jason Spezza has agreed to a one-year contract extension worth a reported $750,000, the League minimum:

Spezza recorded his highest point total last season since he posted 50 points in 2016-17 with the Dallas Stars, scoring 10 goals and 20 assists for 30 total points. In Toronto's seven game opening round playoff series against the Montreal Canadiens, he added another three goals and two assists.

For the 38 year old Spezza, this will be his third consecutive one-year contract with Toronto. He's appeared in 1,177 career regular season games, scoring 351 goals with 619 assists.

Source: None · Photo Credit: The Athletic

Nazem Kadri goes after the NHL in long rant on his suspension!
Subscibe to
Our NEWSLETTER
Receive the best articles of the web directly in your email