The young Maple Leafs GM is feeling the pressure, but is it getting to him? 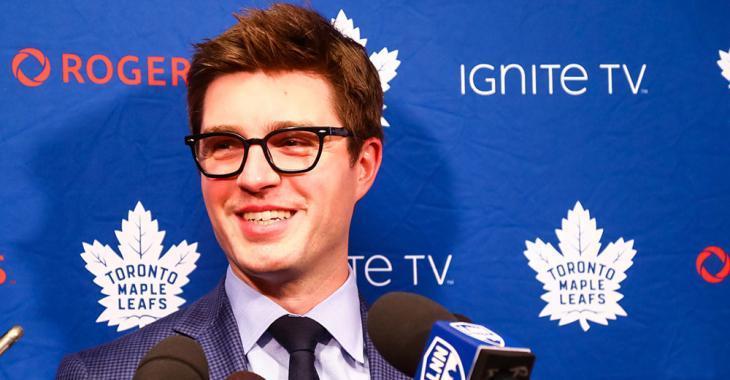 The team that hits the ice this fall will look a bit different, as there are several new faces on the roster along with a couple of familiar names who have departed.

And the man behind the scenes continues to be 35 year old general manager Kyle Dubas, who has been feeling the heat from fans and media alike. So is he concerned about his job security heading into this crucial season? According to the man himself, it's not something he worries about.

"That's a question I can't really answer, and not something I worry about," he said.

He continued: "I know it's cliche, but [external pressure] is nothing compared to the pressure I put on myself. It's a great privilege to play in market. For me personally, it's just doing the best job I can for the people I work for."

Superstar forward Auston Matthews, who scored 41 goals in a mere 52 games played during the regular season, underwent successful wrist surgery last month on Friday and was slated to be on the shelf recovering for the next six weeks. According to Dubas, he'll be ready in time for the start of the regular season.

"He won't be a full participant in camp off the start," Dubas explained. "He's back skating. He'll come out of the splint. We expect him to be ready [Game 1]."

The Leafs will open their exhibition schedule on September 25 against the Habs.