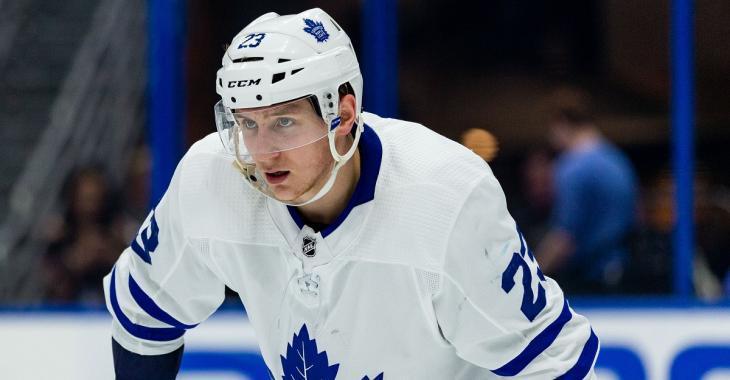 The expansion draft is upon us and on Sunday morning the list of players protected by every team in the National Hockey League began to make their way out to the public. Every team has had incredibly tough choices to make and understandably fans are very interested to learn which of their favorite players could be gone by the time the expansion draft has run its course.

Here we will take a quick look at the players that have been protected by the Toronto Maple Leafs, and I can tell you right now that there were no major surprises on the part of Maple Leafs general manager Kyle Dubas and company. The names of both the forwards and the defensemen protected here are what you would have expected with possibly one small exception for some.

The Leafs have chosen to go with a 4 - 4 - 1 protection scheme, protecting 4 forwards, 4 defensemen, and 1 goaltender.

The only decision on this list I've seen fans in Toronto express any objection to has been the addition of Holl to the list. That being said the young defenseman has developed into a valuable and, perhaps more importantly, affordable asset for the Leafs on the blue line so it comes as no real shock to see him included here.

This of course has left a number of players on the Maple Leafs roster unprotected, and the question will now become which of these players the Kraken will select in the expansion draft. It's important to note that the Kraken could technically sign a pending unrestricted free agent on the Leafs roster, for example forward Zach Hyman, to a new deal during their exclusive negotiating period which would instead count as their pick.

The players who are eligible to be selected in the expansion draft and are exposed on the Leafs roster are the following:

It seems very likely that Kerfoot, McCann or Dermott will be the targets here for the Kraken. It remains to be seen which one the Kraken will pick, and given some of the surprises we've seen already today there's a chance even the Kraken does not know which way they will be going just yet.