The young Swedish blue liner is ready for a full-time gig. 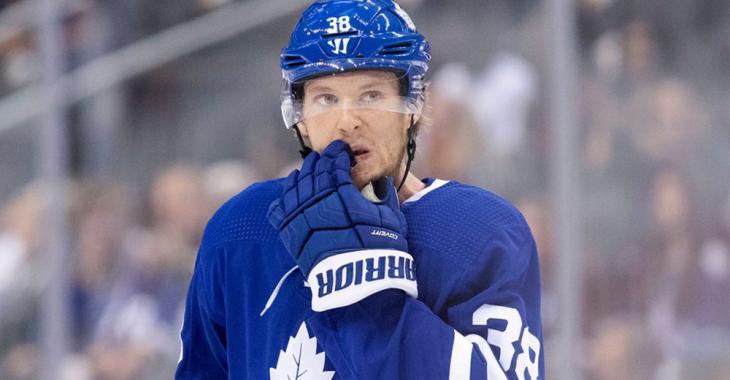 The 29th overall selection in the 2018 NHL Draft is ready to make a full-time impact with the Toronto Maple Leafs.

Defenseman Rasmus Sandin, the 21 year old Swedish native, is aiming for a permanent spot on the roster and to justify the faith the team had when they made him their top pick.

“I feel very confident and comfortable in that job,” Sandin said. “The expectations come a lot from myself as well. I want to just get better and help the team any way I can. I feel like I’ve had a really good summer.”

Sandin, who was paired with T.J. Brodie, could be playing alongside him once the season begins. According to head coach Sheldon Keefe, it's one of the possible defensive combinations that he's considering.

“You’re playing against an opponent’s better players (when paired with Brodie or Muzzin), so it just made a lot of sense for me as I was mapping it all out,” Keefe said. “We’re going to try some different things and that is one with those two guys.”

For Keefe, the key for Sandin to earn a full-time role will be his consistency.

"I think just the level of consistency in his play, and the confidence and execution to be who he is offensively and make his plays," Keefe explained. "And yet, as I just talked about, there is also having the foundation in his game. He has to be there and be solid and reliable every day."

Sandin got his first taste of NHL action last year with the Leafs, appearing in nine regular season games and five of the team's seven postseason games. He has also suited up for Rögle BK of the Swedish Hockey League.

Fans rip MacKinnon apart for his behaviour with teammates!
Subscibe to
Our NEWSLETTER
Receive the best articles of the web directly in your email