Fans are noticing and talking! 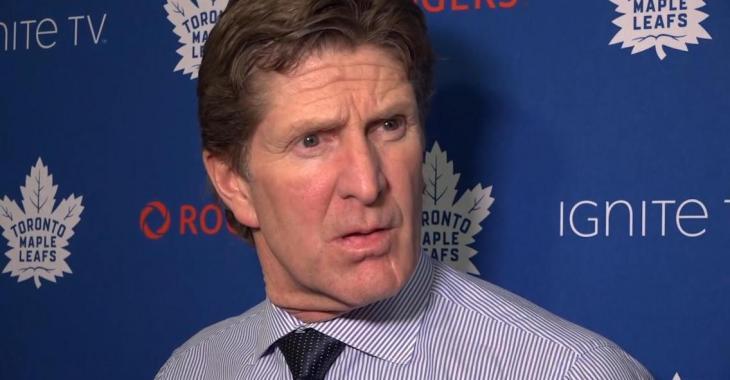 The Toronto Maple Leafs are being very open with their fans on how they look to kick things up in the 2021 season, however, their generosity in terms of sharing their plans with fans has seemed to backfire.

General manager Kyle Dubas has recently revealed via NHL.com that the Maple Leafs will need to “sacrifice a little bit” in order to play up to their potential, explaining that his team can’t keep waiting to reach their potential and that he wants to see more “competitiveness and grit and toughness” from the core players.

“If that level of competitiveness and grit and toughness is going to permeate through the locker room,” Dubas said over the weekend, according to Sportsnet, “it’s going to be through the maturity of the group that’s already there and our core group embracing the fact that this is a wonderful opportunity if they’re willing to sacrifice a little bit in each of their own individual realms as all young teams do with young superstars. Players have to go through this. There’s so many examples from all over sports and all over different types of businesses. Then we’ll really reach our full potential.”

While the plan sounds good moving forward for the Maple Leafs and hoping to see them clinch a playoff and advanced within the postseason, some fans quickly realized that this newfound approach from Dubas and head coach Sheldon Keefe sounds like the one former bench boss Mike Babcock kept trying to implement in Toronto before he was fired.

Babcock was fired by the Leafs in November 2019, after he and the Leafs got off to a somewhat rocky start to the 2019-20 season. After his dismissal there were multiple reports that Babcock had, in effect, alienated himself from his players by using deceptive and outright wrong tactics. Babcock made things personal with his players and things got ugly… to say the least.

Since his first, Babs accepted a coaching and advisory role with the Vermont Catamounts of the NCAA in Burlington, Vermont. There is no sign as of now that he could return to the NHL, though his name was brought up a few times when trying to predict who would become the first head coach of the 32nd NHL franchise, the Seattle Kraken.

Babs might feel encouraged to see that, after all, he was right when demanding more grit and toughness in the dressing room and how he often mentioned that the Maple Leafs couldn’t afford to just keep waiting to reach their potential.

He might be able to point at the Leafs and say ‘look, I told them so’ and get back in the NHL, who knows?

For now, fans love to bring him back in the mix and talk about how he might have been right all along.

Elvis Merzlikins pays tribute to fallen teammate Matiss Kivlenieks.
Subscibe to
Our NEWSLETTER
Receive the best articles of the web directly in your email