The crease has been set for the first two games. 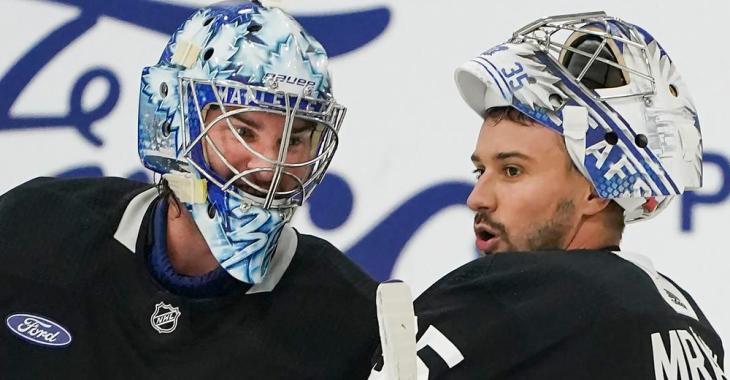 The Toronto Maple Leafs open the regular season on Wednesday against their Original 6 rival Montreal Canadiens, and we now know who will be in the crease for each of the first two contests.

Head coach Sheldon Keefe announced that Jack Campbell would be getting the start against the Habs, while Petr Mrazek will be between the pipes when his team takes on the Ottawa Senators the following night:

The Leafs moved on from Danish goaltender Frederik Andersen during the offseason and brought aboard Mrazek, who agreed to a three year contract.

Meanwhile, Campbell will be looking to build upon his stellar 17-3-2 record last season that saw him record a 2.15 goals against average and a .921 save percentage.

Report: Eichel is “wanting a change, wanting out of Buffalo”
Subscibe to
Our NEWSLETTER
Receive the best articles of the web directly in your email