NHL News : Many trades being considered in Wings’ blowout sale!

A lot of changes coming to Detroit. 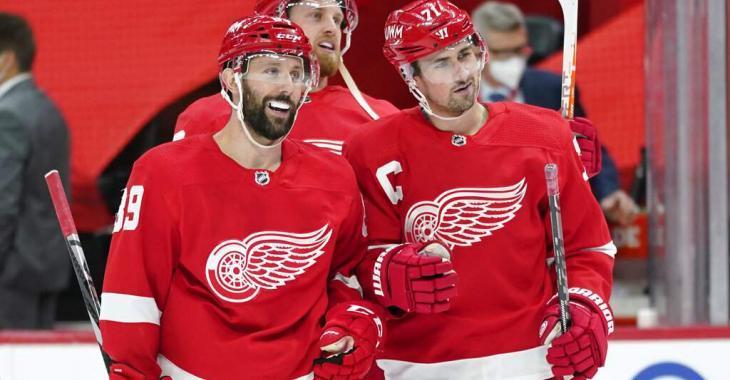 The Detroit Red Wings are almost guaranteed to be a seller at this season’s trade deadline on April 12, and it looks like there aren’t a lot of untouchables in the mind of general manager Steve Yzerman.

As we get closer to the deadline, we expect many moves to come in Detroit as Sportsnet’s Elliotte Friedman in his latest 31 Thoughts column that Yzerman is considering pretty much anything. Except moving captain Dylan Larkin and two top prospects. Here is how Friedman explains it:

“Detroit’s going to be interesting, too. To date, we’ve focused on the pending free agents: Sam Gagner, Luke Glendening, Bobby Ryan, Marc Staal. Not that GM Steve Yzerman reveals much, but he’s going to consider almost anything. I don’t think Dylan Larkin , Lucas Raymond or Moritz Seider are going anywhere, but other than them? I think there’s interest in Jonathan Bernier. He’s battled hard there.”

It sounds like a lot of players could be placed on the market ahead of the spring’s deadline and we are wondering how the Red Wings’ rebuild will look like once pieces are out and picks and prospects on their way.

April 12 is fast approaching and clearly, Yzerman is putting the word out that he’s looking for buyers.

Big offseason contracts could mean big trouble for the Maple Leafs.
Subscibe to
Our NEWSLETTER
Receive the best articles of the web directly in your email