A fitting tribute for a Blackhawks legend. 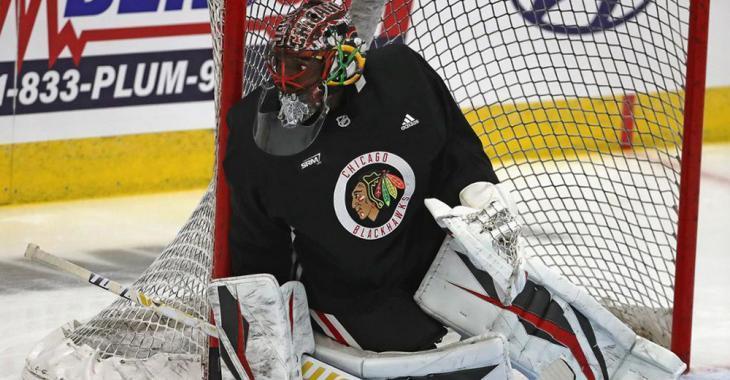 The hockey world and the Chicago Blackhawks lost a treasured legend a month ago, as goaltender Tony Esposito passed away at the age of 78 following a battle with pancreatic cancer.

And now, a member of the newer generation of goaltenders is paying tribute.

Malcolm Subban, who will be competing for Chicago's backup position behind Marc-Andre Fleury (the pair previously played together with the Vegas Golden Knights), recently unveiled his new mask artwork for the upcoming campaign, and Esposito is the theme. The artwork comes from Erich Ferguson of Resurrection Custom Painting, who was thrilled to paint the design.

"I painted this for Malcolm a few weeks ago and I have been chomping at the bit to post the pics since," Ferguson posted on Instagram. "Tony Esposito tribute. I was given a ton of freedom on the design, and I'm stoked with how it turned out."

"They were in a bind and it had a super short window in which to paint," Ferguson said. "I was pretty swamped at the time but just couldn't say no. I think they knew I would jump at the prospect of an Esposito tribute.

"Malcolm only had a few parameters for the design. He wanted the logo on the top in red, white and black, a Tony portrait on one side and an action shot on the other. I took the info and the short list of wants and this is what I came up with."