Are the Penguins making a big mistake? 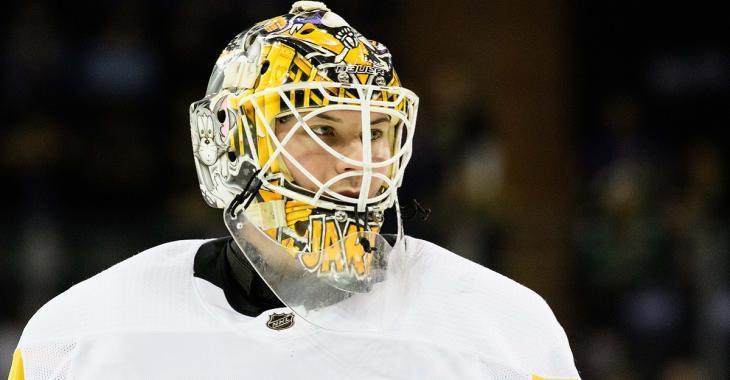 Every team in the National Hockey League enters the offseason with a big shopping list of things they need prior to the next season and, although those lists are rarely ever completely crossed out by the time the dust has settled, usually your top priorities end up taken care of before it is all said and done.

One of the top priorities this offseason for newly appointed Pittsburgh Penguins general manager Ron Hextall was to improve his goaltending after a shaky season on the back end from the duo of Tristan Jarry and Casey DeSmith, but thus far that issue has not been addressed by the Penguins.. Jarry recorded a .909 save percentage over 39 regular season games and saw that dip to an .888 save percentage over his 6 playoff games last season, and his goals against average in the regular season, a 2.75 GAA, saw a similar drop in the playoffs down to a 3.18 GAA. The reality is that those are not the kind of numbers you can get from the guy who is meant to be your number one goalie, and on Monday controversial radio host Mark Madden echoed those sentiments when he expressed his belief that the Penguins were making a catastrophic mistake by not upgrading their goaltending ahead of next season.

"I think they are going nowhere with Jarry and DeSmith as the goalies," said Madden on his podcast. "People are panicking about losing Jared McCann and Brandon Tanev. They are small potatoes. They are bottom-six guys. … That’s still a team that won the division last year. But unless they solve the goaltending, they aren’t going to win a playoff series. And let’s not forget they are in a tougher division this year. It won’t be as easy to make the playoffs, let alone win it."

In fact the only concession that Madden appeared to be willing to make on this point was that Hextall could potentially still have a move in the works to bring in another goaltender later in the offseason. Madden believes that failing to do so would be an unmitigated disaster for the Penguins this season.

"You hear Jonathan Quick may be available in a trade (with the Los Angeles Kings). Hextall has some history with Quick, having worked with the Kings organization. But I don’t know. The more I look at what’s going on, the more it seems like they are going to stick with Jarry and DeSmith. Which would be an error of monumental proportions," said Madden.

Are the Penguins making a big mistake? Do you agree with Madden's take? Let us know your thoughts in the comments.

Report: NHL making plans to move Canadian teams to the U.S. for 2021 season

Marchand scores the Bruins first of the season on a penalty shot!
Subscibe to
Our NEWSLETTER
Receive the best articles of the web directly in your email