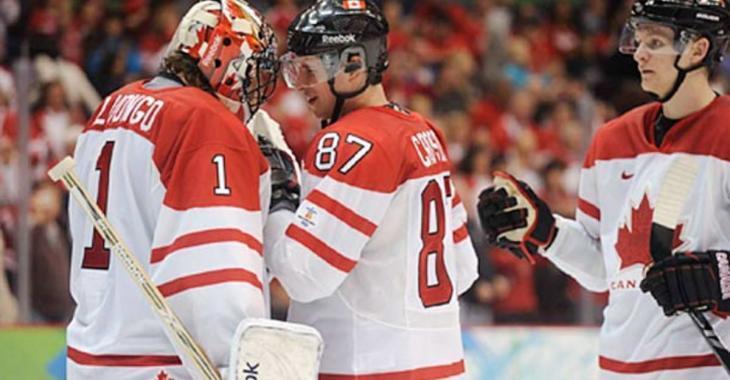 The tournament will take place from May 21 to June 6 in Riga, Latvia. And on Tuesday, Darren Dreger revealed on the latest edition of Insider Trading on TSN how Lou plans on trusting a young team primarily. Here is how he explained it:

“Roberto Luongo and his assistant general manager Shane Doan, they definitely are going to have their work cut out for them. They’re looking at perhaps some Olympic hopefuls. If you look in net for Team Canada, perhaps you see Carter Hart or you see MacKenzie Blackwood. I mean they’ll get an opportunity if they accept. Thomas Chabot defensively would a great add for Team Canada. And up front, Bo Horvat has had a lot going on with the Vancouver Canucks, maybe he wants some international flavour mixed in to his year. And then you got guys who because of the shortened NHL season just want to extend their playing time. Like Dillon Dube, Andrew Mangiapane, Ty Smith, Gabriel Vilardi, Dylan Cozens. These are interesting names and I expect Hockey Canada will try to get this first wave of those who have accepted out perhaps as early as the end of the week.”

It remains to be seen if these players will accept to travel to Latvia, away from their families during a pandemic to take part in the tournament.

This would however be a great opportunity for Team Canada to get a closer look at some Olympic hopefuls to building a strong club in years to come.

Monday waiver wire: Updates on Byron, Galchenyuk, and more.
Subscibe to
Our NEWSLETTER
Receive the best articles of the web directly in your email