NHL News : Luongo to be named GM of Team Canada

The legendary goalie turned executive will be Canada’s big boss at the World Championships.

Published on Thursday, April 1 2021 by HockeyFeed in NHL News 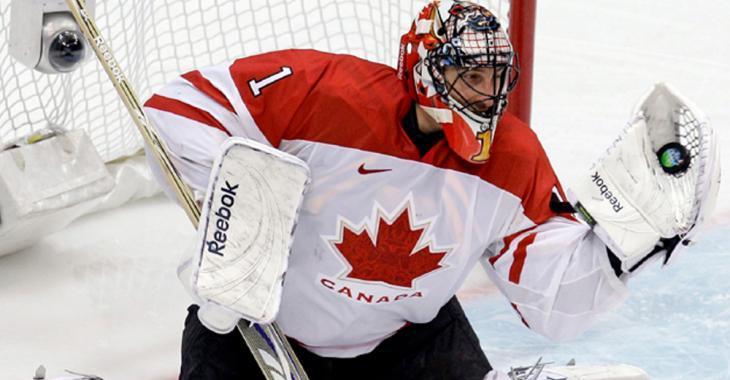 The IIHF World Championships get underway in just over a month’s time and TSN hockey insider Darren Dreger is reporting that former NHL goaltender turned Florida Panthers executive Roberto Luongo will be named general manager of Team Canada in the tournament.

From Dreger’s most recent “Insider Trading” segment on TSN:

“The expectation is that Roberto Luongo of the Florida Panthers will be named general manager for Team Canada at the upcoming men’s World Championships as early as next week. Now, this doesn’t come as a surprise as Luongo’s part of the Olympics team staff as well. “

“He’s going to face some big challenges. Recruiting will be top of mind for Roberto Luongo, which is why Hockey Canada would go to Roberto Luongo. Given everything that the players have gone through in the National Hockey League with a shortened season, the challenges, the protocols with COVID-19, recruiting is going to be tough. But, he’s ready to face that challenge and I would expect Team Canada to be very young.”

Interesting. Luongo has quickly established himself as an executive on the way up since retiring from the NHL just a few years ago. Hired by the Panthers initially as a special advisor to former GM Dale Tallon, Luongo has established an entire goaltending department and has been tabbed to help pick Team Canada at the 2022 Winter Olympics. If he has a strong showing in these events, don’t be surprised if he joins other former stars like Joe Sakic and Steve Yzerman amongst the NHL’s GM roster.