At least, he is doing good and has left the hospital! 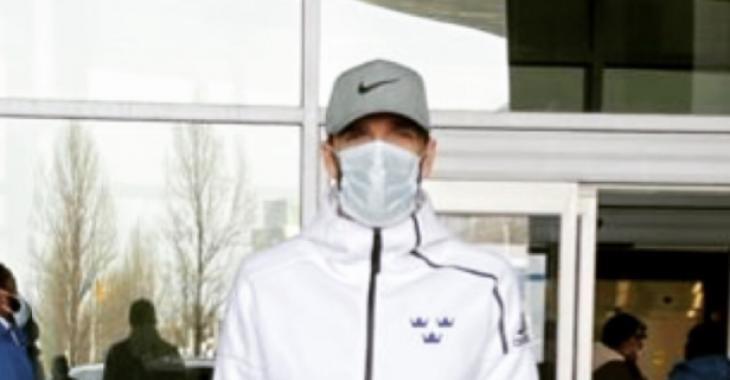 We don’t have any good news for New York Rangers fans when it comes to last night’s game in which the Blue Shirts offered them a pitiful effort against the New York Islanders in the team’s season opener. The Isles easily won 4-0 with goalie Igor Shesterkin allowed goals on the third, fifth and seventh shots he faced.

The good thing for him is that the Madison Square Garden was empty and fans couldn’t chant “Henrik … Henrik” during the entire game.

We thought this update from the King himself could at least brighten up the day of these Rangers’ fans. On Friday morning, Lundqvist posted on his Twitter account the latest update on his condition.

The veteran goalie stunned the hockey world when he revealed that he would be sitting out the 2021 season as a result of a heart condition. The condition, one that Lundqvist has been dealing with for a very long time, progressed to the point that doctor’s advised the star goaltender not to play this season. The news was shocking for hockey fans who had grown accustomed to seeing Lundqvist as a fixture on the NHL landscape. What was as shocking was when he revealed days later that he would need to undergo open heart surgery for his condition. He underwent surgery last week, and finally on Thursday he left the hospital and share this great update:

“Left the hospital yesterday. I’ve spend a lot of days away from my kids over the last 5-8 years because of hockey. The last 9 days felt way different..
It literally warmed my heart pulling up to the driveway.Will stick around in Cleveland for a little bit for more tests before heading back to NYC and continue my recovery/rehab there.”

Lundqvist had signed a one-year deal to join the Washington Capitals after spending 15 seasons with the  New York Rangers, but will watch the season as he rests at home. We hope he keeps getting better as his recovery continues.

The veteran goalie has appeared in 887 NHL regular-season games, plus 130 in the playoffs, and he came close to a championship in 2014, leading the Rangers to the Stanley Cup Final. He lost postseason series to the Capitals in 2009 and 2011, then eliminated them in 2012, 2013 and 2015. He is a five-time finalist for the Vezina Trophy, winning the award for the NHL’s top goaltender in 2011-12.