Hey, can you blame them? 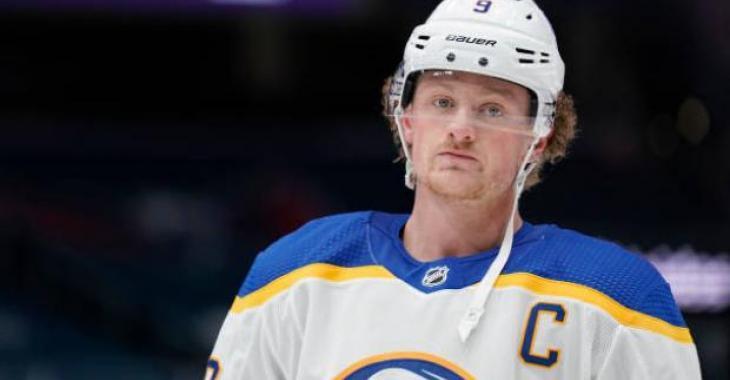 While there was a lot of action on the first few days of free agency, we are still waiting for the Buffalo Sabres to trade their captain Jack Eichel. Everyone is on watch.

On Tuesday, it was reported that the Sabres had demanded for the Vegas Golden Knights to give Reilly Smith, Peyton Krebs, Nic Hague and a first-rounder in return for Eichel. This is the first time we had a clear look at will come in a return for the Sabres’ captain.

The price tag for Eichel remains quite hefty as you can see above. Trade chatter has been lot in Buffalo ever since the captain admitted that he would mull over his future with the organization this summer. He was especially upset with the Buffalo Sabres’ demands not to undergo surgery on the herniated disc in his neck. Eichel went on to say that there’s a “disconnect” between him and the Sabres organization regarding a neck injury that he suffered and that his focus is on getting healthy for next season “wherever that may be.”

Ahead of the NHL draft last week, it was reported that the Sabres were demanding a first round pick in the return and it looks, per Kennedy, that it remains the same for 2022.

We’ve heard rumours of many teams entering trade talks, not only the Golden Knights, but also the Minnesota Wild, Los Angeles Kings, Anaheim Ducks, Columbus Blue Jackets, Philadelphia Flyers, New York Rangers and Montreal Canadiens. However, Wild insider Michael Russo of The Athletic has heard that Minnesota is backing out at the moment, and it sounds like the Sabres might rule out the Habs as well,

That’s because Sportsnet’s Elliotte Friedman has reported that the Canadiens made a lowball offer to the Sabres in order to pry Eichel out of Buffalo. It was below the threshold and we wonder now if the Sabres have ruled out the Habs completely.

Chatter once mentioned that Habs GM Marc Bergevin could be force to part with Alexander Romanov or Nick Suzuki to make the move, which sounds like a terrible plan for Montreal.

We can understand why Bergevin attempted to bet low to see where Sabres were at.

We wonder which team will offer the best return for the Sabres’ captain.

Lightning defeat Canadiens in Game 5 to win back-to-back Stanley Cup championships!
Subscibe to
Our NEWSLETTER
Receive the best articles of the web directly in your email