One of the best “What If” prospects of all-time. So much talent, but this guy could never get his act together. 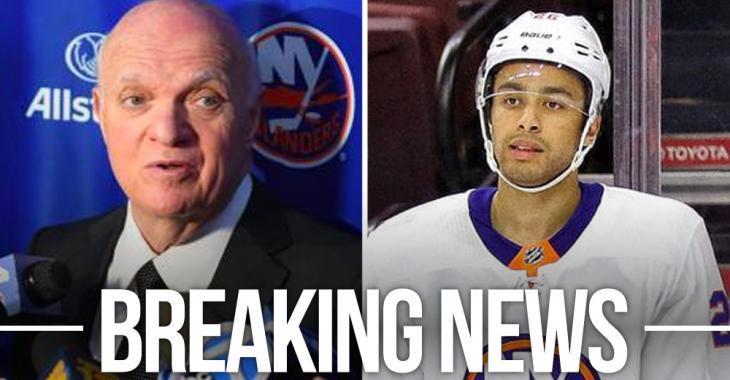 According to multiple online reports, the New York Islanders have elected to NOT invite 24 year old forward Josh Ho-Sang to the team's training camp this upcoming weekend.

As Isles insider Arthur Staple points out, Ho-Sang signed a brand new, one year contract with the team in October. There's really no reason to keep Ho-Sang out of camp, but then again this is a team run by Hall of Fame GM Lou Lamoriello though. Lamoriello has a track record of "making an example" of players by pulling stuff like this. I mean... if you're not going to give the kid a shot why sign him in the first place? Seems kind of petty to me... but then again my name's not in the Hall of Fame and I've never built a Stanley Cup winning organization. So, maybe Lou actually knows what he's doing here?

Ho-Sang's agent Patrick Bedell admitted that he and his client were surprised by the news. Bedelll released a short statement to FanSided's Michael Anderson.

"It did surprise us. Josh has worked really hard over the past year and a half or so to grow as a person and a hockey player. He’s gone through a lot (you can read about some of it in his article from the summer). We were excited to show that growth. As for the future, whenever and wherever the opportunity comes, Josh is ready. I am confident that when it comes, he will make the most of it."

AHL training camps are expected to open up sometime in January... stay tuned for the latest chapter in the ongoing saga of Josh Ho-Sang vs the New York Islanders.

More names land on waivers, including Leafs’ Jimmy Vesey
Subscibe to
Our NEWSLETTER
Receive the best articles of the web directly in your email