The Kings are looking to lock up their goaltender of the future. 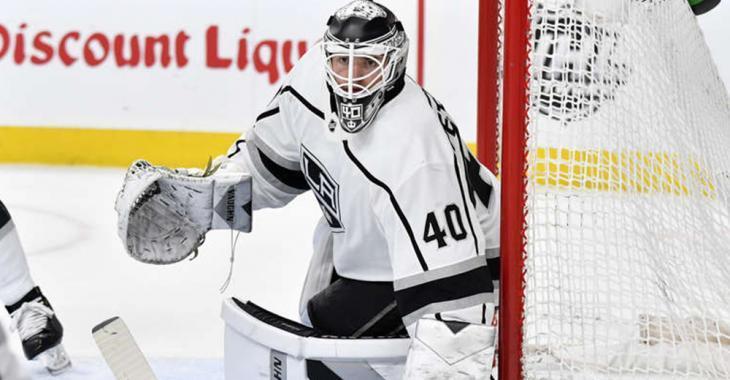 Another season of Los Angeles Kings hockey is right around the corner, but one of the most important matters of business remains to be taken care of. But according to NHL Network, that could soon be remedied.

Goaltender Cal Peterson is entering the final year of the three-year pact that he agreed to with the Kings in 2019, and during his relatively short time in the National Hockey League, he's established himself as the man of the future within the Kings' crease.

And according to The Fourth Period's David Pagnotta, the Kings will soon be getting to work on locking him up to a multi-year contract extension.

"Cal Peterson is entering the season in his final year, and can be a UFA," Pagnotta reported during a segment on NHL Network on Wednesday. "He'll be 27 before the season, and can be a UFA if they don't get something Ironed up in LA. They had preliminary discussions before the free-agency period began in July - they've taken some time off and made a decision that once we get into September, those discussions will begin again and start to get more fluid. They want Cal Peterson locked up long term. He certainly likes his time in LA, and it's clear that He's the No. 1 in LA with Jonathan Quick supplementing him from the backup perspective."

"This is their goaltender moving forward - they want him locked in, and they'll have those discussions in the next few weeks here to get a long term, multi-year deal done with Cal Petersen to be their No. 1 goalie for the foreseeable future."

Last season on a subpar Kings squad, Peterson recorded a 9-18-5 record with a 2.89 goals-against-average and a .911 save percentage in 35 games played. The Waterloo, IA native played collegiately at Notre Dame, and was selected in the fifth round, 129th overall by the Buffalo Sabres in the 2013 NHL Entry Draft. However, contract negotiations with Buffalo failed, and he soon signed with the Kings.