The veteran netminder packs it in. 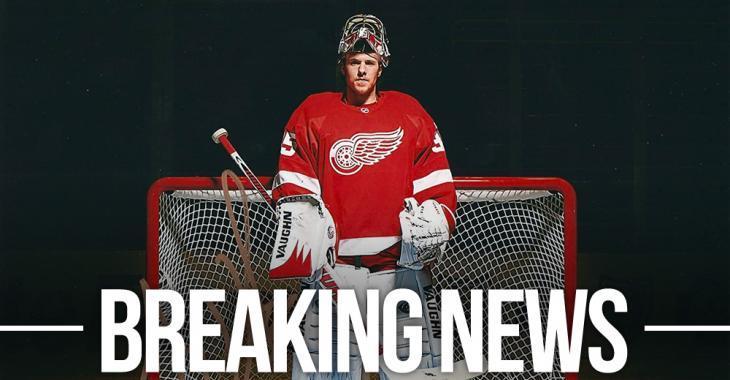 The 36 year old goaltender spent his entire career with the Red Wings after being selected by the team 64th overall in the 2003 NHL Entry Draft. He was just a prospect when the Red Wings won the Stanley Cup in 2008 having only played in four games that season. However, he'd be a big part of the team's roster for the next decade and a half and, arguably, inherited some of the weakest teams that the Red Wings have had in decades. In other words: Howard was always a good soldier for the Red Wings.

"Becoming an NHL goalie was a childhood dream and after an incredible 14 years within the Red Wings organization, I've decided to say farewell to playing professional hockey and move on to the next chapter," Howard said in a prepared statement. "It has been the honor of a lifetime to play and I'm forever thankful to the fans, everyone within the Red Wings organization, my teammates and my family for their ongoing support, loyalty and dedication."

There were reports that Howard's former GM Ken Holland, now with the Edmonton Oilers, offered him a contract to join Mikko Koskinen and Mike Smith in the Oilers' goaltending carousel, but Howard evidently wasn't interested. He's now spending his time at home with his family.

"As I enter this new chapter in my life, I look forward to spending more time with my family, coaching my son's hockey team and new opportunities the future will hold," Howard said.

Nathan MacKinnon says the Habs have one of the NHL's most underrated players.