After more than 1,000 career games it looks like Flipper's NHL career is over. 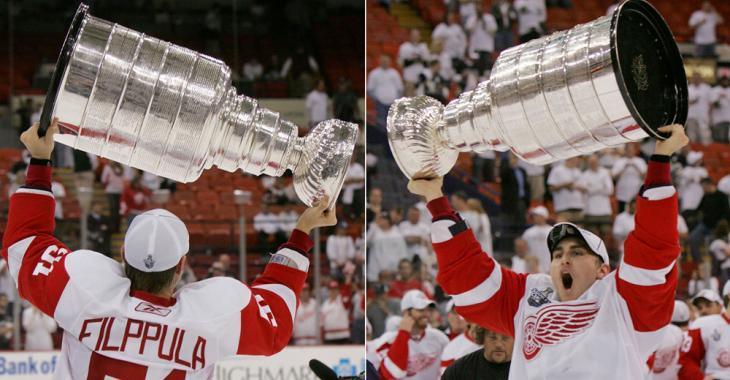 This just in, longtime NHL forward Valtteri Filppula has signed with Genève-Servette HC of the Swiss National League, bringing his NHL career to an end after 1,056 career regular season games.

Geneve GM Marc Gautschi made the announcement officially on the team's website saying, “When we approached Valtteri, he was immediately interested in the project. He is exactly the player we were looking for to help the team this season. He's capable of playing multiple positions, he's great on power-play and short-play and on top of that he's a winner. We are very proud to be able to count on him this season. "

As for Fillpula himself, he seems at peace with the fact that his NHL career is over at 37 years old and he's looking forward to the challenge of playing in Europe for the first time since the 2012 NHL lockout.

“I am very happy to join the team! I only heard good things about the organization, the city and the fans," he said on the team's official website. "I can't wait for things to start, keenly on Friday. "

The native of Vantaa, Finland concludes his NHL career with an stellar 197 goals and 530 points in 1056 career regular season games split between the Detroit Red Wings, Tampa Bay Lightning, Philadelphia Flyers and New York Islanders. He spent the past two seasons with the Red Wings, his second stint with the club, and will likely go down in history as being most associated with the Red Wings organization. He won a Stanley Cup with the team in 2008 and was a big part of the team's core from 2005 - 2013.

Speculation: Eichel to sit out the entire 2021-22 season?
Subscibe to
Our NEWSLETTER
Receive the best articles of the web directly in your email