You knew it wouldn't take long for a quality guy like Muller to find a new job. 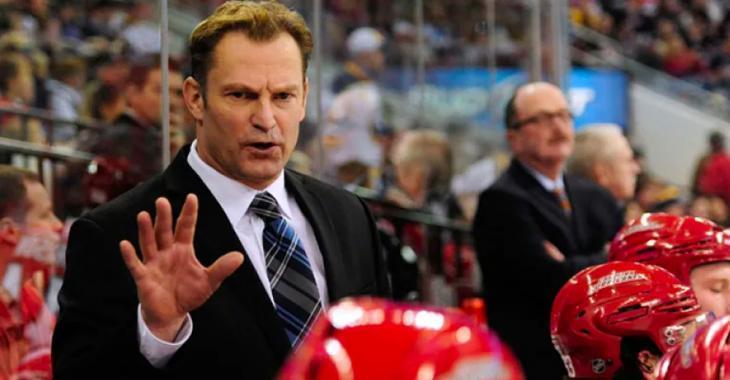 This just in, the Calgary Flames have signed coach Kirk Muller to join head coach Darryl Sutter as an assistant coach. Additionally the team has promoted AHL head coach Cail MacLean to Sutter's staff, as well.

Muller spent the past five seasons as an assistant coach under Claude Julien with the Montreal Canadiens, but was dismissed by GM Marc Bergevin along with Julien earlier this season. He has an extensive coaching resume that started originally with the Habs for five seasons from 2006-07 until 2010-11. He then moved on to become head coach of the Carolina Hurricanes in 2011-12 through 2013-14. He spent the next two seasons as an assistant coach with the St. Louis Blues before returning to Montreal in his most recent stint.

More than that though the Kingston, Ontario native played 19 NHL seasons starting in 1984-85 with time spent with the New Jersey Devils, Canadiens, New York Islanders, Toronto Maple Leafs, Florida Panthers and Dallas Stars. He retired in 2003 and immediately began a second career as a coach. The second overall pick in the 1984 Draft by New Jersey played 1349 career games, was a six time all-star and was an instrumental member of the Montreal Canadiens 1993 Stanley Cup championship team.

As for MacLean, this is his first NHL coaching position following three seasons as head coach of the Flames' AHL affiliate Stockton Heat. He guided the team to a 72-65-16 record over those three seasons.

Muller and MacLean are replacing assistant coaches Ray Edwards and Martin Gelinas, who will not return to the team's coaching staff in 2021-22. They will however remain with the organization. Both Edwards and Gelinas will transition into player development roles within the organization and are expected to work with the team's young talent at the NHL, AHL, junior and college levels.

Today's hirings are likely to be the first in many offseason moves from the Flames and, quite frankly, they'll be a team worth watching this entire offseason. I get the feeling that GM Brad Treliving has some tricks up his sleeves once again.