NHL News : List of Crosby’s superstitions will make shake your head in dismay!

List of Crosby’s superstitions will make shake your head in dismay!

This is ridiculous, amazing and crazy all at once! 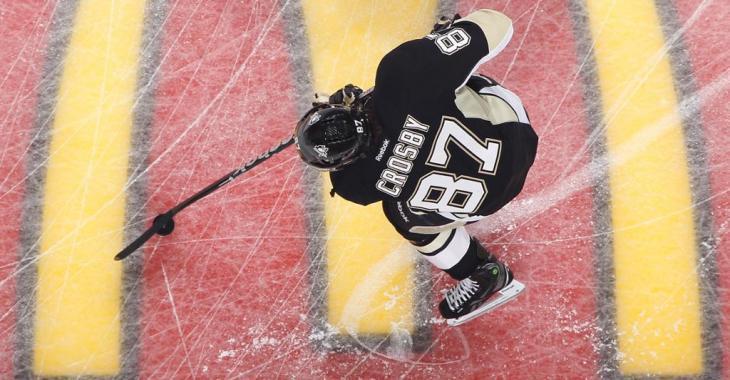 We all know how athletes can be superstitious and it’s well-known that things are more intense in the National Hockey League. That’s thanks to Pittsburgh Penguins’ captain Sidney Crosby who brings this game - along with what he does on the ice - to another level.

On Thursday, Crosby was crowned the league’s most superstitious player as the NHPA announced the results of its player poll.

No one is surprised at the result, however, the announcement prompted Bardown to share a list of his well-known superstitions. Not all of them are made public, as Sid once said himself, he is superstitious when talking about his superstitions…

- He eats the same peanut butter sandwich (with the same brands of each) at 5:00 PM before every game
- He keeps his sticks at his own stall instead of with the rest of the team’s
- He walks around one specific garbage can in the dressing room before they go out onto the ice
- He’s been wearing the same jockstrap since high school
- He stickhandles through the golden McDonald’s arches on the ice before every game
- He can’t touch the soccer ball before the warm up game of keep up
- He tapes and retapes his sticks every period
- No one can touch his stick once he’s taped it
- He never passes the visitor’s locker room on his way into an arena
- A sequence of specific stretches
- A special handshake with Malkin before games
- Leaving the ice second last (Malkin goes last)
- His gear has to be laid out a certain way
- He doesn’t talk to his mom or sister on game day because he gets injured when he does
- His sticks can’t go next to the goalie sticks on the road
- He wears the same hat for a whole season (without washing it)

His teammates poked fun at him when the Penguins celebrated his 1000th game earlier this season. They mimicked him by skating and stretching the same way on the ice, with had the captain laughing thought it all.

But you have to admit: this is ridiculous, amazing and crazy all at once!