Big words from the Lightning GM. 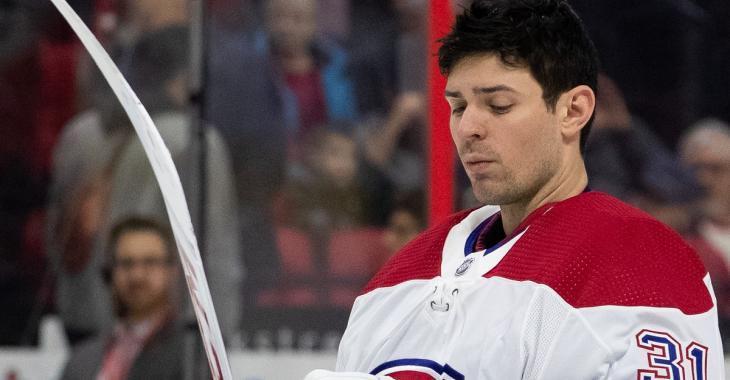 The Montreal Canadiens are set to clash against the Tampa Bay Lightning in the Stanley Cup Final in what will no doubt be one of the most highly anticipated matchups in recent years. One of the big things that fans and pundits have honed in on in this series will be the duel that is set to go down between Lightning goaltender Andrei Vasilevsky and Canadiens goaltender Carey Price, viewed by many as the very best the goaltending position has to offer across the world.

It would seem that Tampa Bay Lightning general manager Julien BriseBois would co sign at least half of that assessment based off of some pretty strongly worded comments that he had on the subject of Carey Price today. BriseBois, who himself spent several years working in the Canadiens' front office, was asked about Price on Sunday and to say that he showered the Habs goalie with praise might be an understatement. BriseBois outright said that, in his opinion at least, Price has already earned himself a spot in the Hockey Hall of Fame when he retires regardless of how the remainder of his career plays out.

"He's got a Hall of Fame career if he retires right now," said BriseBois.

I have no doubt there are many out there who will side with BriseBois on this take, although I hardly think the opinion of Price's eligibility for the Hall of Fame will be unanimous at this stage of his career.

One could however easily make the argument that neither team would be in the position they currently occupy without their respective star goaltender between the pipes, but whether it be right or wrong I definitely get the impression in this series is that there is significantly more pressure on the shoulders of Price. The Canadiens are entering this series as a big time underdog and many believe that they will need Price to steal the series for them in order to capture their first championship in nearly 30 years.

I don't believe BriseBois was attempting to add any undue pressure onto the shoulders of the opposing goaltender by making these comments, although that certainly would not be outside the realm of possibility, but instead it came off as BriseBois merely expressing his genuine respect and admiration for the oppositions goaltender.

Ontario goes into lockdown, Premier Ford issues an update on Leafs and Sens
Subscibe to
Our NEWSLETTER
Receive the best articles of the web directly in your email