The team failed to respect the cap limit… 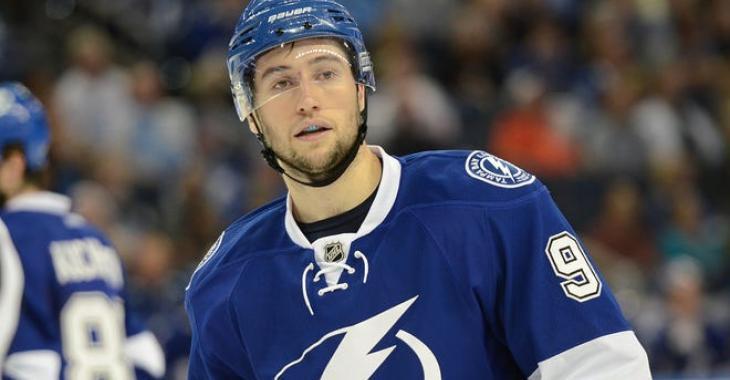 The 2021 season kicks off on the wrong foot for Tampa Bay Lightning forward Tyler Johnson, who cleared waivers on Monday and has been assigned to the taxi squad and will not be eligible to suit up against Chicago on Wednesday.

TSN senior hockey writer Frank Seravalli explains that the Lightning are forced to sit out Johnson and veteran defenseman Luke Schenn for tonight’s banner raising ceremony in Tampa because the team was impacted by the NHL’s new LTIR enforcement for Opening Night, as we reported on Monday.

GM Julien BriseBois did his best to make moves and get under the flattened salary cap for puck drop, needing to get creative with waiver and taxi squad transactions in advance of Wednesday’s season-opener.

He fell short and it remains unclear at this point if they’ll be in the lineup for that contest. Seravalli believes they could rejoin their teammates for the second game for the season.

This was the second time this offseason that Johnson hit the waiver wire. At the opening on free agency, the Lightning shocked fans by placing the top forward on waivers in the hopes of getting rid of his hefty contract in order to respect the salary cap. No one took on his deal and BriseBois has been expected to probably have to pay far more than he would prefer to move Johnson, or any other player like Alex Killorn and Yanni Gourde for that matter.

In the end, BriseBois ruled out star winger Nikita Kucherov for the entire 2021 season as he played through a groin injury in the playoffs on the way to helping the Lightning win the Stanley Cup in late September. The Lightning was therefore able to use long-term injury relief from Kucherov’s $9.5 million salary-cap hit, which helped the complicated financial puzzle in Tampa Bay.

The idea of trading for Eichel by breaking the rules comes up on social media!
Subscibe to
Our NEWSLETTER
Receive the best articles of the web directly in your email