Ah, the spoils of being a wealthy professional athlete. 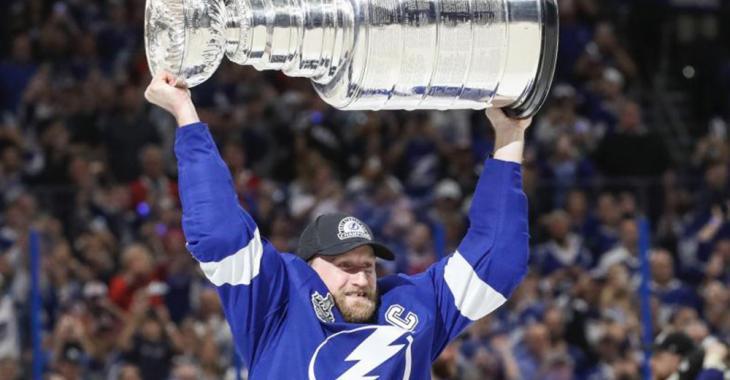 Ah, the spoils of being a highly compensated professional athlete.

Tampa Bay Lightning captain Steven Stamkos, who like the rest of his teammates is celebrating their second straight Stanley Cup victory, cashed in big time yet again as he's sold his home for the jaw-dropping price of $16 million.

The home, which was built on a vacant lot he purchased in 2017 for $3.85 million, was fully completed 2018 and now has six bedrooms, seven and a half bathrooms, and 8,516 square feet, according to the Hillsborough County Property Appraiser. Oh, and it also features a trophy room - fitting enough for Stamkos, who has earned several professional accolades during his career.

Per records, this sale is the 3rd priciest home sale in the county this year behind that of Derek Jeter’s $22.5 million sale of his Davis Islands mansion and the $16.7 million paid for a sweeping 36-acre estate in Thonotosassa.

Allan Mezrah, an agent with the Toni Everett Company, got in touch with Stamkos to gauge his interest in selling the property.

Steven and his wife Sandra “were very happy living there,” he said. But he texted Stamkos and asked him if he had “a move-out number.”

“He gave me a number and the guy met it,” Mezrah said. “There’s a lot of money and big time people moving to Florida and when they come to Tampa, they seem to want to be in Davis Islands.”

However, not to worry, Lightning fans. Stamkos isn't departing the Lightning, as he's under contract through 2024. He's also looking for a new pad in the area.

“I can tell you he is not leaving the island,” said Mezrah, who said he’s known the couple for 13 years.

Rangers’ Fox with ruthless move before puck drop vs. Islanders
Subscibe to
Our NEWSLETTER
Receive the best articles of the web directly in your email