Why are no GMs complaining about this??? 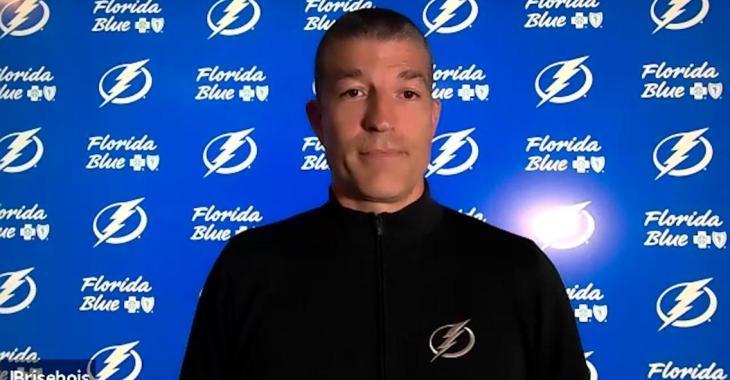 The Tampa Bay Lighting and its general manager Julien BriseBois announced that they would have forward Nikita Kucherov back for the postseason, making him their trade deadline addition. BriseBois explained how he would not shop ahead of April 12th since he is getting Kucherov back.

For those you need a memory refresh, Kucherov underwent hip surgery in December and was ruled out for the regular season.

Before the season kicked off, Kucherov’s injury allowed Tampa Bay to stash his $9.5-million cap hit on the long-term injured reserve, freeing up room to make some crucial offseason signings. The Bolts would be roughly $10 million over the $81.5 million cap if the Russian sniper was on the roster at the moment.

But here’s how they’re getting away with it: there’s no salary cap in the playoffs.

The Lightning has managed to stay on top despite Kucherov’s absence, posting an 18-5-2 record.

Kucherov put up 85 points over 68 games last season, and then he led the playoffs in scoring with seven goals and 27 assists in 25 contests as Tampa captured the Stanley Cup.

They will be going for back to back championships and it seems like cheating in a way.

We wonder if some rival GMs will be getting upset with this moving closer to the postseason.

Key dates set for the 2021 NHL season including trade deadline, free agency, expansion draft and more.
Subscibe to
Our NEWSLETTER
Receive the best articles of the web directly in your email