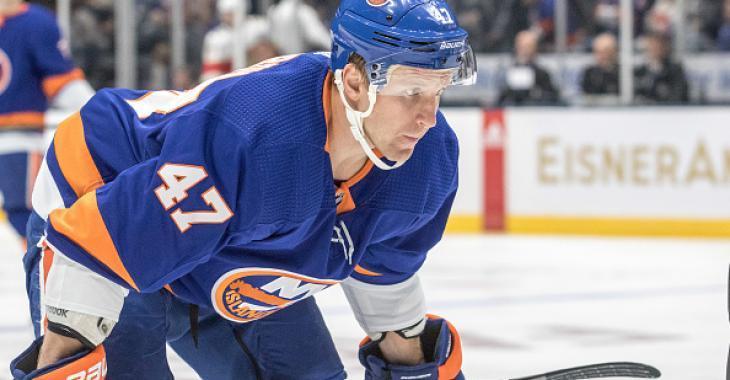 This is quite the roller-coaster ride for veteran forward Leo Komarov.

On Monday, the 34-year-old centerman played on the New York Islanders’ top line against the Philadelphia Flyers. He played with Mathew Barzal on the top line the past two games, per Andrew Gross of Newsday.

However at noon on Tuesday, the Islanders placed him on waivers.

The Islanders have been looking for a good way to replace captain Anders Lee, who is out for the remainder of the season with a torn ACL.

Not sure head coach Barry Trotz was thinking straight when he placed Komarov on the first line, however, it has to be a tough blow for the veteran forward who is now on waivers, probably in the hopes to get him back on the taxi squad.

In 16 games this season, Komarov has just tallied two assists and is almost invisible most times…

It looks like the best of the Estonian is behind him, and we don’t expect him to be claimed by any NHL team at this point…