NHL News : Lehner calls for head coach to be fired, appears to accuse him of giving drugs to players. 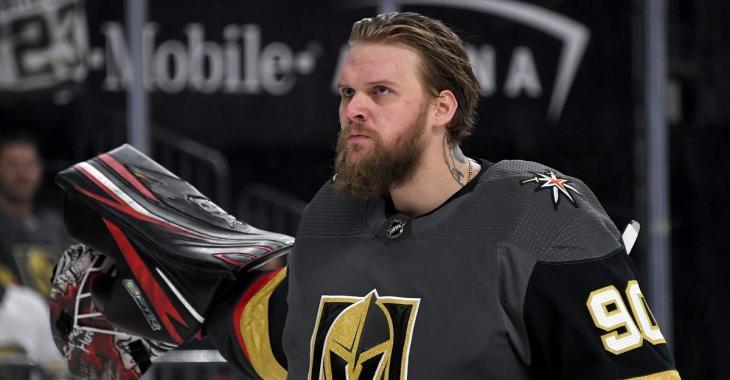 The National Hockey League may have another major scandal on their hands.

At this time it is hard to make out exactly what has just happened, but one thing is clear here and that is that veteran goaltender Robin Lehner has made some life changing accusations against Philadelphia Flyers head coach Alain Vigneault.

On Saturday night Lehner took to social media and first published a tweet in which he claimed that teams in the National Hockey League, teams that he said did not include the Las Vegas Golden Knights, were giving prescription medications to their players. Lehner questioned whether or not this was "normal" behavior and asked openly whether or not medical professionals should be the ones handling these decision and not the staff of whatever organizations he is referencing here.

Those, I suspect deliberately, vague accusations were one thing but what came next was another thing entirely. Following the first tweet Lehner went off on Philadelphia Flyers head coach Alain Vigneault whom he referred to as a "dinosaur" before calling for Vigneault to be fired immediately. Lehner does not come out and explicitly state that Vigneault has been peddling drugs to his players, but the fact that he makes these accusations while linking them to his previous tweet certainly appears to imply that.

Things get even crazier when Lehner goes on to claim that he has"proof" of the accusations that he has levied against the Flyers head coach. Even going so far as to suggest that Vigneault won't be able to "shake" his way out of this one.

It is not a secret that Lehner has had his struggles with mental health in the past, and I hope that this is him genuinely trying to do something good for the sport rather than an unfortunate episode.

Stay tuned for more on this story.