The Habs are back, baby! 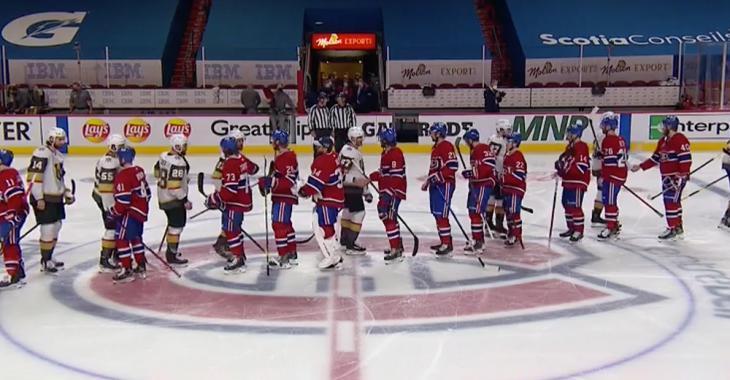 The Montreal Canadiens are headed back to the Stanley Cup Final for the first time since 1993!

The Habs bested the Vegas Golden Knights in Game 6 of their best of seven semi-final series this evening in an entertaining game that needed extra time to settle the score. Canadiens forward Artturi Lehkonen played the role of hero, tucking in the OT game winner early in the extra frame.

Canadiens captain Shea Weber got the scoring started in the first period with a classic Shea Weber point shot BOMB:

Vegas forward Rielly Smith though managed to tie the game just seconds later. The two teams would trade goals once more before overtime, but it was Canadiens rookie Cole Caufield who nearly blew the roof off La Bell Centre with this breakaway snipe:

Once Vegas defenceman Alex Martinez would tie the game the stage would be set for overtime and Lehkonen's heroics.

Here's another look at his series winning overtime goal:

And just like that the Habs are headed back to the Stanley Cup Final for the 35th time in franchise history.

The Canadiens will face either the reigning Stanley Cup champion Tampa Bay Lightning or the scrappy New York Islanders in the Stanley Cup Final pending the result of their Game 7 showdown tomorrow evening in Tampa, Florida. As for the Golden Knights, they simply weren't able to muster the sustained offence and oppressive forecheck that we've seen from them throughout the season. Stars like Mark Stone and Max Pacioretty weren't able to play to the best of their abilities and, quite frankly, were put in check by the Canadiens' defence for most of the six game series. It also didn't help that head coach Peter DeBoer couldn't seem to decide whether Marc Andre Fleury or Robin Lehner was his starting goaltender. DeBoer went just one for three in terms of earning a win when switching up his netminder. Too much overthinking from the veteran head coach?

In any case, the Habs are scheduled to play Game 1 of the Stanley Cup Final on Monday night, again pending the results of tomorrow's Game 7 between the Lightning and Islanders.