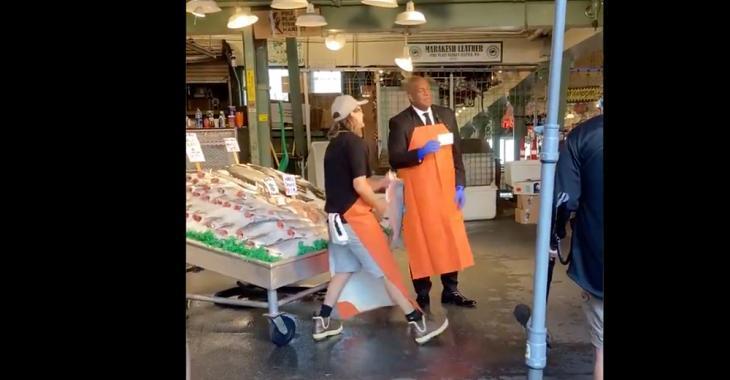 It appears that Alexander Kerfoot's time with the Toronto Maple Leafs haas come to an end.

In a leaked promo video featuring newly hired ESPN analyst Kevin Weekes, the Seattle Kraken appear to select Kerfoot from the Leafs with their expansion pick.

It's worth noting that no major media outlets have picked up on this leak yet, so it's safe to say that this news is not yet confirmed. However... I mean... just watch the video. It certainly appears as though Kerfoot has been selected and will officially be revealed as the team's selection tomorrow. Stay tuned. More to come, including official confirmation.

UPDATE: The Hockey News is now reporting on the above leaked video, as well.

For what it's worth, Kerfoot was always a likely choice for Seattle given the amount of forwards that the Leafs have to protect. The acquisition of center Jared McCann from the Pittsburgh Penguins though gave Seattle another option though in many people's eyes. Most analysts seemed to agree that Seattle would be wise to take either Kerfoot or McCann with their selection.

With Kerfoot the Kraken get a west coast boy born and raised just up the I5 in North Vancouver, BC. He's a 26 year old center who put up eight goals and 23 points in 48 games for the Leafs last season, but there's reason to believe that he's capable of more offensive output. During his rookie season with the Colorado Avalanche in 2017-18, he put up 19 goals and 43 points in 79 games. He's a quality depth player who can move up and down the lineup, but at $3.5 million per season for the next two years, he simply doesn't fit into the Leaf's tight as tight can be salary cap situation. Leafs fans may recall that Kerfoot was one of the main pieces, along with Tyson Barrie, in the Nazem Kadri trade that the Leafs and Avs pulled off a couple years back. It's probably safe to say at this point that Avs GM Joe Sakic absolutely fleeced Leafs GM Kyle Dubas in that trade now that both Barrie and Kerfoot have left the team for essentially nothing in return. Ouch.

Penguins honor Sidney Crosby before his 1000th NHL game tonight.
Subscibe to
Our NEWSLETTER
Receive the best articles of the web directly in your email