He is reportedly Plan A in Toronto! 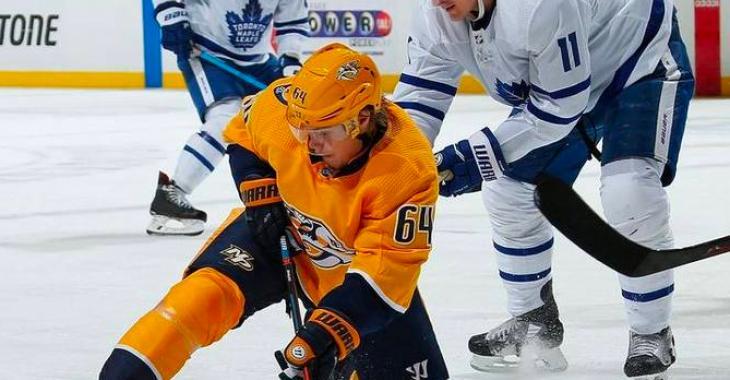 The trade deadline is fast approaching and it sounds like the Toronto Maple Leafs are getting more agressive on the market. As Frank Seravalli pointed out in Tuesday’s edition of Insider Trading on TSN, Toronto is seeking a top-six forward and has now targeted their favorite forward on the block.

“After scouring the league, I believe the Leafs’ primary target at this point is Nashville Predators forward Mikael Granlund. Now, there have been a number of complicating factors that have popped up including, number one, the fact that the Leafs are waiting for some clarity from the NHL as to whether this 14-day quarantine will be reduced to seven days. They’ve actually been spearheading the charge among the seven Canadian teams to see whether that will happen or not. And number two, there seems to be some slight hesitation on the part of the Nashville Predators as the Chicago Blackhawks have come back to earth here as to whether they’re still in the race or not. So not sure if it’s fair to say that the Preds are pulling their players off of the market, it just seems like at this point they’re more wait and see mode rather than sell mode. And I can tell you this. The Toronto Maple Leafs, if things don’t get going soon, are going to have to consider Plan B, C or D on the list.”

Leafs general manager Kyle Dubas is interested in Granlund, who will no doubt be available if the Predators continue to drop games. It remains to be seen if Nashville agrees to retain some of his salary in the move. But Toronto has the prospects, and if necessary have the draft picks to make a trade happen with the Predators.

Granlund is on a one year, $3.75 million contract and has been one of the few Preds’ forwards this season to play with consistency. He has put up six goals and 12 points in 29 games this season after a relatively disappointing 17 goal and 30 point campaign in 2019-20. His career high came in 2016-17 with the Minnesota Wild when he potted 26 goals and 69 points in 81 games. The cost of acquisition would likely be low for the Leafs and if he doesn’t work out… well he’s a pending free agent.

The Predators are expected to be sellers at the deadline, so it also makes sense from their perspective to deal Granlund prior to the deadline.

Leafs protect roster in brillant move ahead of Kraken expansion draft!
Subscibe to
Our NEWSLETTER
Receive the best articles of the web directly in your email