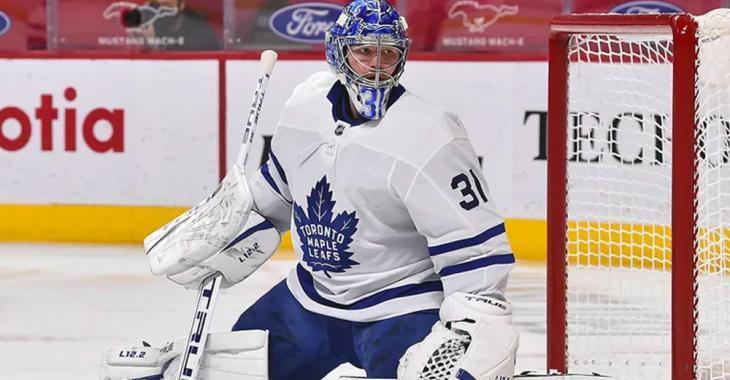 According to Toronto Maple Leafs GM Kyle Dubas himself, the team has not closed the door on bringing back pending free agent goaltender Frederik Andersen.

It wasn't exactly a banner season for Toronto Maple Leafs goaltender Frederik Andersen. The 31 year old Dane played just 24 games this season due to injury and, frankly, was pretty unspectacular even when healthy. He finished the season with a 2.96 goals against average and .895 save percentage. By comparison Andersen's back up Jack Campbell had a 2.15 goals against average and .921 save percentage in 22 games played. In other words, Campbell surpassed Andersen on the team's depth chart... and pretty convincingly too.

With Andersen set to become an unrestricted free agent for the first time in his career and with the Leafs operating under a tight budget due to the contracts awarded to star players like John Tavares, Mitch Marner and Auston Matthews, it looks like Andersen's days with the Leafs are nearing an end. In fact, if the latest report from TSN's Darren Dreger is accurate, there's no way Andersen re-signs with the Leafs. Dreger reports that Andersen is seeking a slight raise on the $5 million annual salary he currently earns. That's despite the fact that his play was dropped off noticeably the past two seasons. The fact of the matter is that Andersen hasn't been effective since the 2018-19 season, yet he has designs on getting paid like a top level starting goaltender.