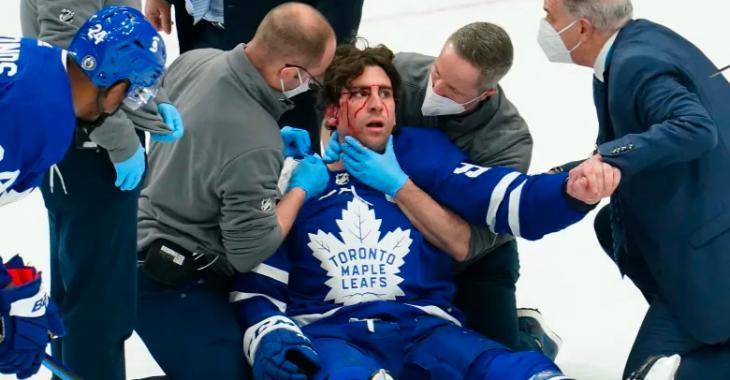 As you know, Tavares was taken off the ice on a stretcher after a collision early in the first-round playoff matchup with the Montreal Canadiens. It was a freak accident: Tavares bumped into Habs defenseman Ben Chariot, fell to the ice where he was defenseless and hit by forward Corey Perry’s knee. Trainers and doctors from both teams rushed to the ice and attended to the veteran forward before he was taken away. The game was halted for several minutes. A game which the Canadiens won to take the 1-0 lead in the series.

Late on Thursday, it was said by head coach Sheldon Keefe that Tavares was conscious and communicating well. He added his tests had come back clear, though Tavares was to remain in hospital overnight.

On Friday morning, the Maple Leafs share this latest update on his condition, stating that Tavares was released from the hospital and back home. He will remain out indefinitely.

It is also noted that Tavares was thoroughly examined and assessed by a neurosurgical team at St. Michaels Hospital and the club's medical director. It sounds like the results of this assessment was positive enough to get Tavares back home with his loved ones.

He was kept overnight under observation before he was released on Friday morning. He remains under the care and supervision of team physicians. Unsurprisingly Sheldon Keefe said John Tavares suffered a concussion on last night's play.

The Canadiens and Maple Leafs will face off for the second game of this first-round series on Saturday night, at the ScotiaBank Centre.