They pulled it off! WOW! 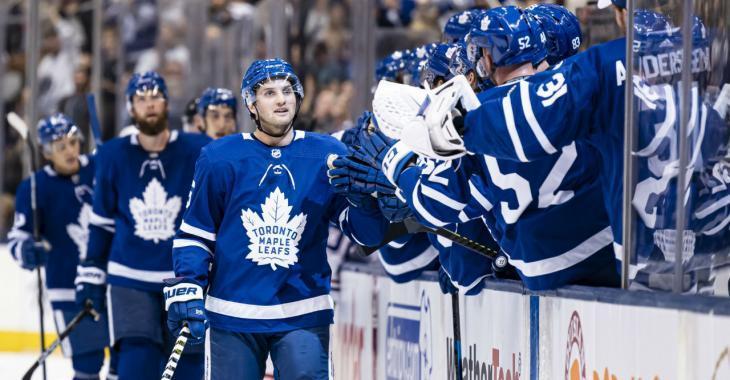 General manager Kyle Dubas has pulled it off it seems. Chatter was getting loud that the Toronto Maple Leafs would lose talented forward Alex Kerfoot to the Seattle Kraken’s expansion draft.

But then Dubas came in with the game-saving move!

According to Frank Seravalli of Daily Face Off, Kraken GM Ron Francis will will be selecting Jared McCann from the Maple Leafs at tonight’s expansion draft.

The McCann era in Toronto will therefore be a very short one: earlier this week, Dubas  gave up a prospect in Filip Hallander and a seventh-round pick to the Pittsburgh Penguins in return for a player who could be lost for nothing in less than a week.

But that was in order to protect Kerfoot.

Because it is believed that Francis, who is looking to build a winner for years to come, will take McCann over Kerfoot. Both have one year left on their contract. Kerfoot will be a UFA next year. McCann, controllable as an RFA. Kerfoot turns 27 in August, McCann turned 25 in May. And McCann comes cheaper at $2.94 million.

If this gets confirmed tonight as we patiently await for the expansion draft, Dubas will have managed to protect Kerfoot without putting him on his protected list of players that the Kraken needed to stay away from.

Sure, the question concerning Zach Hyman remains, but you have to admit this is a pretty brilliant move by Dubas to get Kerfoot in the fold.

Rumor: Jack Eichel doubtful to play this season even if he gets traded

Kristen Hayes, widow of Jimmy Hayes, posts heartfelt note to social media
Subscibe to
Our NEWSLETTER
Receive the best articles of the web directly in your email