NHL News : Leafs producing Amazon documentary series titled “All or Nothing” for 2021 season 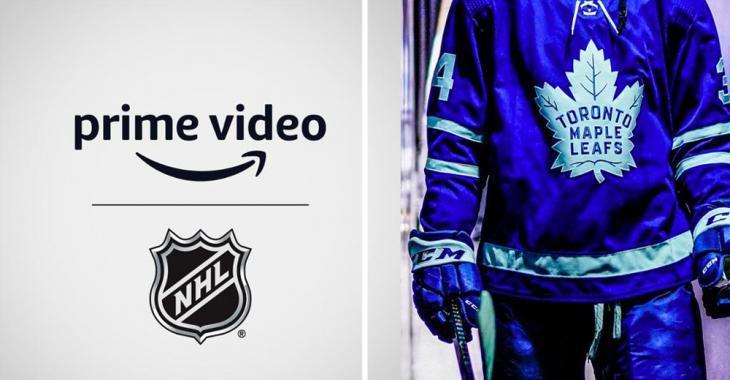 The Toronto Maple Leafs and Amazon have announced a partnership for the 2021 NHL season whereby Amazon will broadcast a behind the scenes documentary on the team's season in Canada for Amazon Prime customers. Leafs president Brendan Shanahan made the announcement and promised Leafs fan that the series, entitled "All or Nothing", will give them a way to connect with their team from the comfort of their own homes during this difficult season.

"This upcoming NHL season will be unique for many different reasons," Shanahan said in a prepared statement. "We feel that 'All or Nothing' will provide our team a way to connect with Maple Leafs fans here in Toronto and around the world like never before."

James Farrell, Vice President of Local Originals for Amazon Studios on the project:

This new Canadian original series will offer behind-the-scenes access and rarely seen (points of view) of the Toronto Maple Leafs, one of the most storied hockey franchises - and my personal favorite team - during a season unlike any in NHL history

Let's hope that this is more in the vein of HBO's uncensored "24/7" series and less like the family friendly NHL produced version that was broadcast on the EPIX channel the past few seasons. Look for the first episode to drop on Amazon Prime sometime over the next couple weeks.