Tough break for the 41 year old future Hall of Famer. 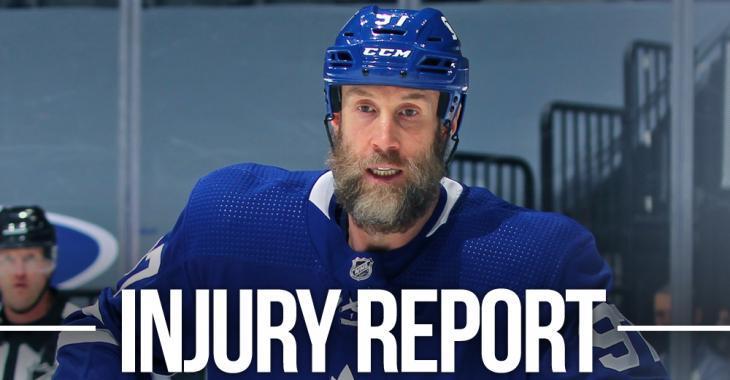 Looks harmless enough, but after the game Leafs head coach Sheldon Keefe told the media that Thornton will "definitely" miss some time with an injury.

While the nature of the injury hasn't been revealed, Thornton looked to be favouring his wrist as he headed to the Leafs' bench doubled over in pain. If that's the case, Thornton could miss some significant time. It's not exactly easy to play in the NHL with a wonky wrist.

Suffice it to say, this is a huge loss for the Leafs and for Thornton. The 41 year old free agent signing has one goal and two points in five games with the Leafs so far this season.

Report: Finally some details about the NHL's “normal” season for 2021-22

3 players set to return for the Golden Knights in Game 4.
Subscibe to
Our NEWSLETTER
Receive the best articles of the web directly in your email