The Leafs are suddenly desperate for a goalie after Dell is plucked away. 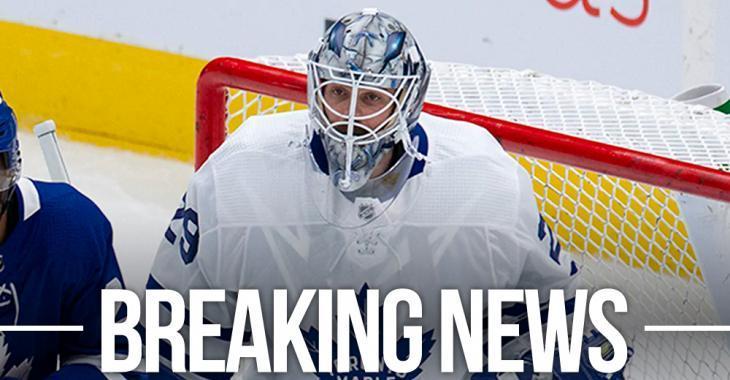 Goaltender Aaron Dell has been claimed off of waivers by the New Jersey Devils from the Toronto Maple Leafs.

Leafs general manager Kyle Dubas had placed Dell on waivers yesterday while shuffling his roster in the hopes that Dell would pass through and accept assignment to the league's AHL squad, but the Devils put a wrench into those plans. The Devils, of course, have had to shuffle their deck of goaltenders a bit this early season due to the sudden retirement of veteran Corey Crawford.

The Leafs, meanwhile, will forge ahead with the pairing of starter Frederik Andersen and backup Jack Campbell. They also have veteran Michael Hutchinson in the AHL available as a depth option. It'll be interesting though to see how Dubas approaches Dell's departure. The 31 year old Dell was signed by the Leafs this past offseason after four seasons backing up Martin Jones of the San Jose Sharks. While the Leafs have some depth in Hutchinson, I wouldn't be surprised to see GM Dubas make a bid for another veteran, third string option.