NHL News : Leafs going all-in to win the Stanley Cup thanks to realignment

Do you think it can happen with this plan? 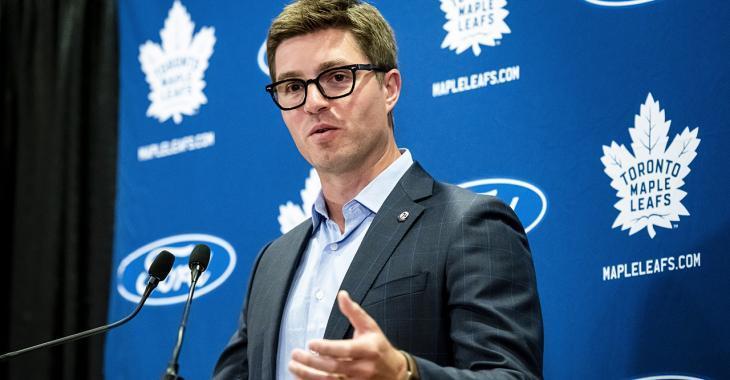 There is no doubt about it : the Toronto Maple Leafs mean business.

On Tuesday, general manager Kyle Dubas stated that his team is ready to make some moves ahead of the April 12 trade deadline in his mid-season report. When asked what’s the Leafs’ approach as the trade deadline draws nearer, Dubas made it clear Toronto needs to make moves.

“I think it’s very clear our team will look to explore every opportunity we can.”

Sportsnet’s Elliotte Friedman added some more on the Leafs’ all-in mindset for the trade deadline in his latest 31 Thoughts column:

“Toronto’s Kyle Dubas  confirms he’s all in . The last two weeks haven’t been great, but the vast majority of the season’s been strong. He’s going for the best forward he can get and their top prospects are on the table. No Boston or Tampa Bay until at least the third round. Crazy not to take the leap.”

Yeah, the Maple Leafs won’t be ousted by the Bruins this time around, thanks to the NHL’s 2021 realignment.

For the past two years at the trade deadline since Dubas has prioritized trade targets with extra years of team control — acquiring defenseman Jake Muzzin in 2019 and backup goalie Jack Campbell last winter. But this time around with the flattened $81.5-million salary cap for the coming years, he might have to change plans.

We will be keeping a close eye on this because Dubas added that he would prefer to pull the trigger on a trade sooner rather than later, especially if he needs to shop in the United States. He prefers to make a trade as soon as possible because of the 14-day quarantine.

“I think given the quarantine that’s in place right now, we’re going to be in a tougher spot to get as much out of it as we can… The sooner we can get a player in here, the better for them and for us.”

And so, we wait until the move comes, which could sooner than you think.

First update on Brandon Carlo since he was taken to hospital last night.
Subscibe to
Our NEWSLETTER
Receive the best articles of the web directly in your email