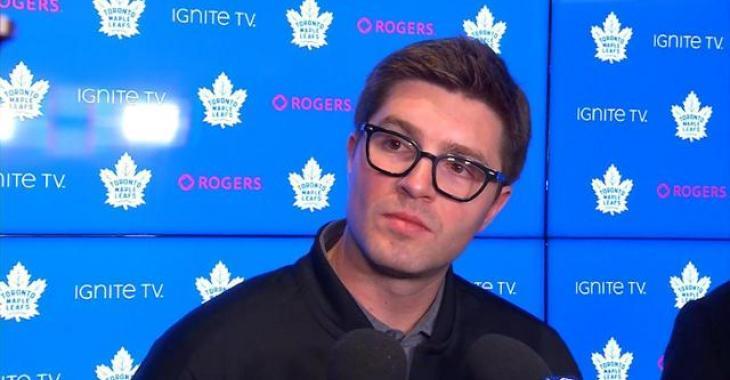 There is no time to waste.

When meeting with reporters for the Toronto Maple Leafs’ mid-season report, general manager Kyle Dubas stated that his team is ready to make some moves ahead of the April 12 trade deadline.

When asked what’s the Leafs’ approach as the trade deadline draws nearer, Dubas made it clear Toronto needs to make moves.

“I think it’s very clear our team will look to explore every opportunity we can.”

On top of that, Dubas added that he would prefer to pull the trigger on a trade sooner rather than later, especially if he needs to shop in the United States. He prefers to make a trade as soon as possible because of the 14-day quarantine.

“I think given the quarantine that’s in place right now, we’re going to be in a tougher spot to get as much out of it as we can… The sooner we can get a player in here, the better for them and for us.”

He also explained how most of his trade conversations have been about acquiring forwards. Dubas added that he is willing to move a top prospect ahead of the deadline.

We better keep a close eye on what’s happening in Toronto. The Maple Leafs realized this week how quickly things can change in the all-Canadian North division as they lost two consecutive games lately, one against the Ottawa Senators, which was quite a wake-up call.

To be continued, and we might not have to wait that long…