What a tough choice! 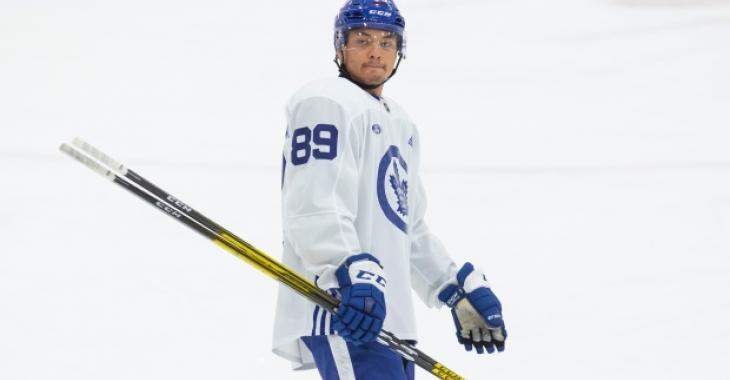 On Friday, Team Canada announced its final 25-man roster for the World Junior championship, but fans will have to wait to hear who will be on the American roster, as an announcement is expected on Saturday.

According to Bob McKenzie, it sounds like the U.S. team is waiting to see what the Toronto Maple Leafs decide to do. Maple Leafs young prospect Nick Robertson had been named to Team USA’s preliminary world junior roster earlier this week, however, with the projected start date of the upcoming season in the National Hockey League being January 13th, it might overlap with the tournament’s calendar. McKenzie notes that it is up to the Maple Leafs if training camp in early January is more important to them and/or their WJC prospect(s) than playing in the WJC.

“Complicating matters is NHL health/safety protocols call for 7-day quarantine for player who arrives in his NHL city on a commercial flight. Even tho Robertson would be coming from EDM bubble, taking flight from EDM to TOR would trigger a  7-day quarantine. He’d miss NHL camp.”

Robertson’s participation would depend upon the status of an NHL training-camp start-up time being announced. We are still awaited a final decision on the Return to Play plan, which is causing the American team to wait and see what to do with their roster for the upcoming tournament.

The young Robertson has been in Toronto all week and not at camp in Plymouth. He is said to have followed testing protocols and is eligible to meet Team USA in Edmonton on Sunday. However, the Maple Leafs might ask him to forget a trip in Western Canada, leaving the American club to move on without a top player who played in the World Junior championship last year.

There is no doubt that Robertson wants to play, however, we bet he is more excited about the possibility of becoming a key member of the Maple Leafs’ roster this season.

We will have to keep a close eye on this.