Rough times in Toronto at the moment… 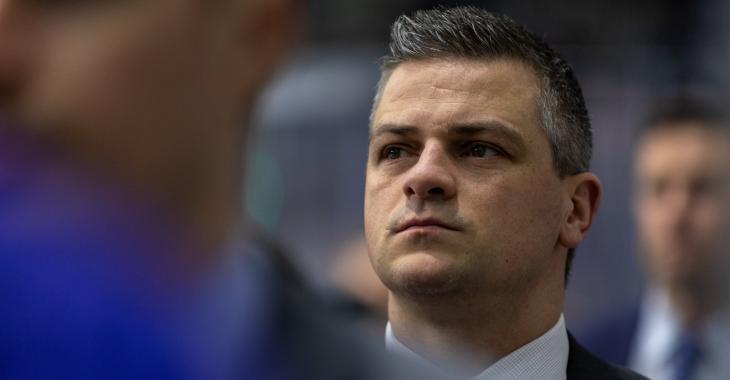 The Toronto Maple Leafs extended their winless skid to five games with a 6-3 loss to the Vancouver Canucks on Tuesday.

Head coach Sheldon Keefe wasn’t please with his players’ performance, especially when it came to newly acquired goalie David Rittich’s. He turned aside 23 of 28 shots in the loss as the Maple Leafs allowed four or more goals for the fourth time in their past six games. He therefore dropped to 0-1-1 with a .877 save percentage and a 3.35 goals-against average since joining the Leafs ahead of the trade deadline.

This prompted Keefe to criticize his goaltending and even appeared to take a jab at general manager Kyle Dubas for acquiring Rittich for the postseason.

Rittich cost the Maple Leafs a 2022 third-round pick, but did take the blame for the loss.

“I’m taking full responsibility for this game,” Rittich said. “I think the players did a great job. They got three goals for me and I just didn’t respond. I’ve just got to get better.”

Goaltending is still an issue in Toronto with Frederik Andersen still on the sideline and Jack Campbell’s hot streak over. He has lost three straight since his 11-game winning streak to start the season ended.

Rittich was even mocked by the Canucks’ commentators for the weak goal he allowed on Tanner Pearson.

“I don’t know what happened in the third,” Rittich added. “I have to figure it out.”

Yes, the Maple Leafs have to figure it out fast and at this point, there is nothing Dubas can do.