NHL News : Lazar judo-flips Laughton on the face-off and referees stun everyone with non-call 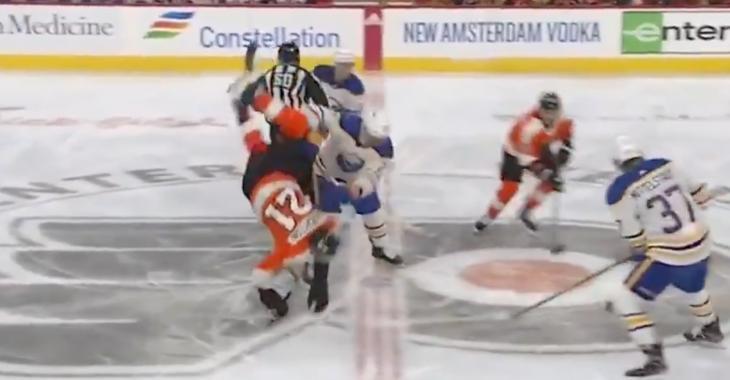 The Buffalo Sabres are desperate and it certainly showed on the ice Tuesday night against the Philadelphia Flyers.

On the face-off, Sabres’ Curtis Lazar went for a crazy move as he judo-flipped Flyers’ Scott Laughton and Buffalo got away with the puck.

Not only did the Sabres get away with the puck, but also with the decision of the referees. There was no call on the play despite Laughton’s face crashing awkwardly against the ice in a weird body position…

He needed to be helped off the ice, though he did return to action later in the period.

Tuukka Rask gets destroyed on social media after ranking 2nd-best in the NHL!
Subscibe to
Our NEWSLETTER
Receive the best articles of the web directly in your email